Friday was a special day for Carnival Cruise Line and PortMiami as construction officially started on upgrading the Terminal F facility which will cater for the new Carnival Celebration cruise ship.

A Big Moment for Carnival’s Home!

With Carnival Cruise Line on hold at the moment, it doesn’t mean projects and plans for the future should also be on hold. On Friday, Carnival Cruise Line celebrated the breaking ground of its expansion for Terminal F. The ceremony took place under sunny blue skies and with social distancing in place.

There was even a surprise visit from the Carnival Dream too. The ship sailed past which offered a special moment not just for those at the even but for the small number of essential crew members onboard.

In September 2019, Miami-Dade County approved the expansion plan for the terminal which you can read about here.

With Miami being home to Carnival Cruise Line and a long history cruising out of PortMiami, it’s a major milestone as the cruise line is committed to the cruise capital of the world.

Terminal F at PortMiami is being expanded so it can cater to the larger cruise ships. The project is set to be completed by the time the Carnival Celebration debuts in 2022. The upgrade is estimated to cost $170 million.

Once upgraded, Terminal F will be Carnival’s largest in North America. There won’t just be added room as the current buildings will get a fresh new look that blends into the newly expanded areas.

At night, the terminal will be illuminated with continued LEDs that will be seen from the MacArthur Causeway. The terminal will get busy with the larger cruise ships and Terminal F has been designed to make sure it can handle the increase in passenger numbers.

The giant sister ship to Mardi Gras is currently under construction at the Meyer Turku shipyard in Finland. The ship will debut in November 2022 out of the newly upgraded terminal and it will help mark Carnival’s 50th anniversary year.

The ship is set to be identical to Mardi Gras and once completed will be 180,800 gross tons with a guest capacity of 5,374 at double occupancy. The inaugural sailing is currently scheduled for November 6, 2022. 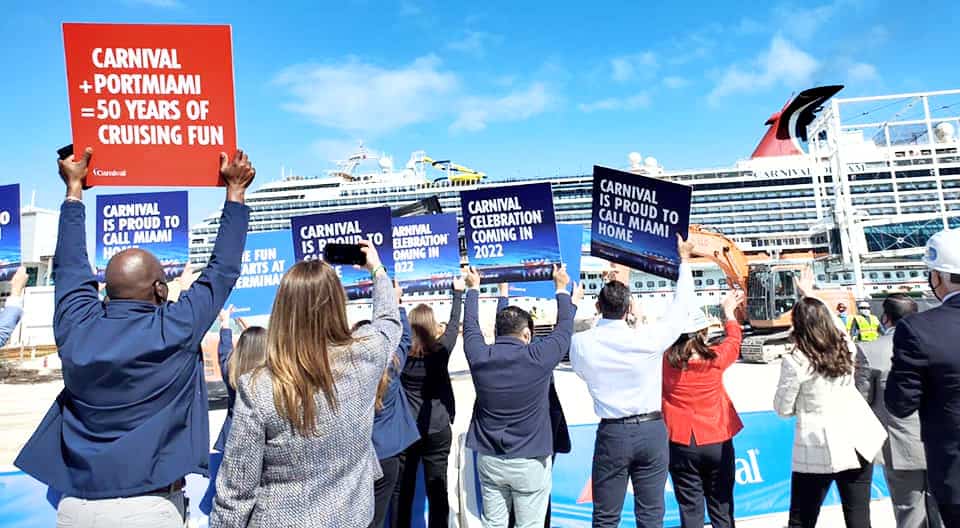 ‘It was a misuse of power’: how screen sex scenes have been forced to change | Film

Is Alaska Back On The Table for Cruises?

Here we go with another busy week of cruise news updates. It’s been a mixture ...
By resortaddiction
1 day ago

Where Are They And Where They Will Go

With lockdowns, postponements, dry docks, changes in homeport, and cancelations, it can be hard to ...
By resortaddiction
2 days ago

AIDA Cruises which is owned by the Carnival Corporation and apart from Costa, is the ...
By resortaddiction
2 days ago

Texas Grid Operator to Be Investigated by Congressional Subcommittee – News