We’re here with another cruise news update to make sure you’re fully caught up but this week we’ve got some major new developments along with the latest details on the MSC Lirica cruise ship fire.

What a crazy week of cruise news we’ve had with some new developments with new cruises outside the U.S. announced. We’ve got the latest details on the MSC Lirica cruise ship which caught fire on March 12, new UK cruises announced by Cunard, Carnival Cruise line guests share what they miss about cruising the most, the Disney CEO who thinks maybe cruises will resume by the fall and many more news headlines.

Cruises to Start from the Bahamas

It looks like Crystal Cruises and the Bahamas government have been working very hard behind the scenes to resume cruises. What’s different about this is that we see a shift away from the U.S., and for the first time, Crystal Cruises will homeport out of Nassau and Bimini.

So it was revealed that Crystal Serenity would begin sailing from the country on July 3, 2021. The luxury cruise ship will sail a series of 16 seven-night sailings from Nassau. The ship will also offer 16-night cruises from Bimini from July 4. As you can tell, both ports will be homeport calls during each of the voyages, which gives an excellent choice to guests.

The Crystal vessel will become the first to homeport in the Bahamas and the first ocean cruise ship to sail from the Americas since the suspension first began back in March 2020.

As a result of the new cruises coming this July, it does mean that Crystal Cruises needs to make cancellations. The regular itineraries set to go ahead from July 8, 2021, through October 19, 2021, are canceled.

The cruise line will provide impacted guests the option to transfer their booking to the new Bahamas cruises with 115% cruise credit.

With the cruise industry in the UK set to open up from May 17, 2021, cruise lines can start planning with domestic offerings. This includes Carnival-owned Cunard Line, which will sail new UK staycation voyages.

Cunard will be offering the UK cruises out of Southampton on Queen Elizabeth this summer. The vessel will sail in British coastal waters where UK residents only will be able to enjoy that great British sunshine!

Even with the excitement of new UK staycation cruises, there is a downside. It means that the regular international sailings scheduled for this summer will need to be cancelled. The specific cancellations are as follows:

Further details will be announced on the UK sailings and I’ve heard that this could be as early as next week so do keep checking for that over on cruisehive.com

No doubt you’ve already heard or seen footage of the MSC Lirica cruise ship that caught on fire on Friday afternoon. The news first started coming out after a live broadcast was posted on Facebook and currently, that video has over 280,000 views.

So MSC Cruises has provided further details on the fire and we now know that it started from an empty fiberglass lifeboat on deck 6 on the starboard side. There were no passengers on board as the vessel has remained in a warm layup due to the suspension of operations. There were 51 crew members on board and thankfully none of them were injured.

The fire was brought under control thanks to MSC Lirica’s own two fire brigades and the support of local emergency services. By 6.58 Pm local time the emergency was declared complete. The damage was mainly to the exterior of the ship due to the think black smoke, there was no damage to the interior.

No doubt we’ll hear more about what’s going to happen to the ship now. MSC has already said that an investigation is in progress so keep checking Cruise Hive for all the latest developments.

Exactly forty-nine years ago on March 11, the first Carnival Cruise Line ship, TSS Mardi Gras, sailed for the first time out of Port Miami. It ushered in an era of fun, affordable vacations that were the domain of the rich and famous.

To celebrate all these achievements in its 49 years, in what is a challenging year for Carnival Cruise Line, the line has asked guests what they missed most about cruising with Carnival. So I thought I would go through the 49 memories that have been shared by Carnival with you all, so here goes:

The arrival of Mardi Gras has also been delayed. Hopefully, now she will debut in June and then, of course, her sister ship Carnival Celebration which will arrive for Carnivals’ 50th birthday festivities through 2022.

While in recent weeks there has been renewed optimism on resuming cruises, for Disney Cruise Line, it could be the opposite.

Disney CEO Bob Chapek has said in an annual shareholder virtual meeting held on March 9 that maybe by this fall that limited cruise operations could resume.

“We are very anxious to get our Disney Cruise Line business back up and running. As you know, the cruise industry had been quite hit hard by Covid, and as of right now, we don’t have any definitive information in terms of when we will be able to reopen up our cruise lines.”

He continued to say:

We anticipated that with some luck and the increase in the number of vaccinations out there and the encouraging trends that we’re seeing that maybe by this fall we might be able to have some limited operations of our cruise ships, but that’s all going to depend on the incidence of the virus and the vaccination of the general public.”

He mentioned vaccinations and the rollout, which could play a major roll in how soon cruises will be able to resume. Even when they do start cruising again it will be limited and disciplined guidelines will be implemented which have been used at Disney Parks.

Well, we’ll just have to wait and see what happens as a lot of it really depends on the vaccine rollout and what the CDC decides in the weeks to come.

So those were just some of the major headlines from the week. We did a mid-week video with some breaking news from early in the week with multiple cruise lines making further cancellations, domestic cruising in the UK given the green light, the name revealed for Virgin Voyages third cruise ship and even more coverage all over at our cruise news section. 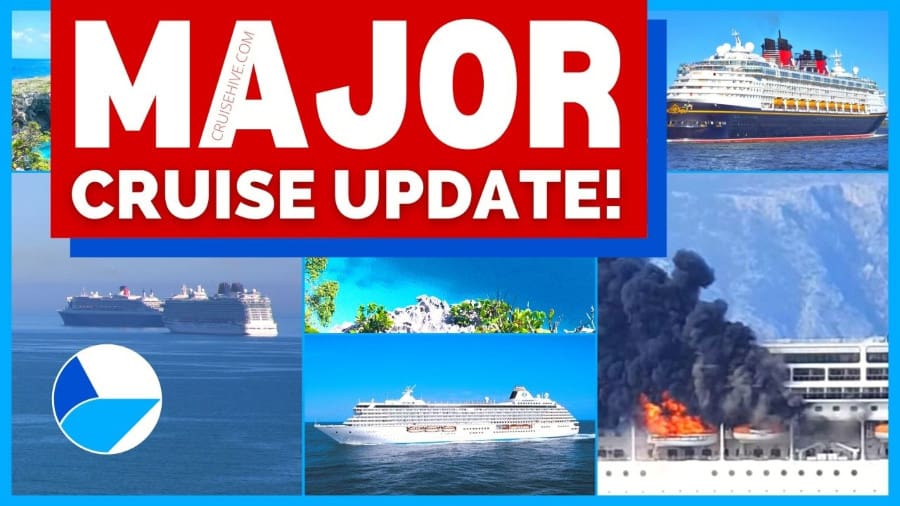 Bucket List: Top 8 Best Things to do in Tanay, Rizal

Mardi Gras – It has been five years since Carnival Cruise Line first revealed its ...
By resortaddiction
12 hours ago

Norwegian Cruise Line became the latest major cruise line to resume cruises after a 500 ...
By resortaddiction
13 hours ago

7 Things To Know About The Blue Lagoon Before Visiting Iceland

Are you curious about the Blue Lagoon? Perhaps you’ve seen photos of bathers relaxing in ...
By resortaddiction
14 hours ago

Norwegian Jade Becomes First in the Fleet to Restart Cruises

David Thewlis: ‘It does get to you, spending more waking hours as a character than oneself’ | David Thewlis