In this week’s cruise news update, cruise lines continue to release further details on resuming operations out of the US, so we’ll focus a lot on that and, of course, the breaking news on the Florida lawsuit against the CDC.

Guess what? It’s just been another very busy week of cruise news but we must focus on the Florida lawsuit against the CDC to allow cruises to resume in the state because the state has come out on top.

So we’ll get into all that along with Princess Cruises resuming operations out of California and Florida, Royal Caribbean’s new ship being delayed, an update on Cunard Line, and MSC Cruises making a comeback out of the U.S. We’ve got lot’s to get through, so let’s get started.

Judge Merryday of the Middle District Court of Florida has finally decided on the lawsuit that was filed by the state of Florida in April. The Judge has ruled against the US Centers for Disease Control and Prevention (CDC) to allow cruises to resume and disregard the Conditional Sailing Order which has kept the cruise industry on hold for more than 15 months.

There is no doubt on the impact on Florida, and the cruise industry and Judge Merryday agree that the CDC has overstepped. Even though the CSO in Florida no longer has any standing, cruise lines are still set to move forward with their current plans. The first cruise departing from the US is scheduled towards the end of June, with even more cruise ships resuming through the summer.

Princess to Restart More US Cruises

All the sailings will be available for passengers who are fully vaccinated at least 14 days before departure. Guests will need to show proof before boarding. Princess Cruises says that there will be adjustments to its protocols depending on local authorities in the ports. The cruise line is also monitoring guidance from the CDC to make sure guests and crew members remain safe.

Princess is completing its details on many aspects of the cruise experience including dining, entertainment, and shore excursions. These are to be communicated in the coming weeks.

Cunard Line announces new international itineraries, which will follow the domestic sailings that will begin in July 2021.

Queen Elizabeth will restart operations from July 19, 2021, with domestic UK sailings out of the Port of Southampton. The ship will also venture further out starting on October 13, 2021, with international cruises to the Iberian coast and the Canary Islands. The vessel will then reposition to resume her previously scheduled cruises in Japan from April 13, 2022.

Queen Mary 2 will resume sailings on November 14, 2021, starting with a transatlantic crossing. She will sail in the Caribbean between January and April 2022. The ship will then resume regularly scheduled sailings on April 24, 2022.

Queen Victoria will also resume operations on April 22, 2022, in western Europe, the Baltics, and the Iberian Coast. However, it does mean the ship will remain on hold until then, and Cunard canceling many scheduled voyages. The ship will also resume regular offerings on May 20, 2022.

Bookings are now open for two ships based out of Florida. MSC Meraviglia will restart on August 2, 2021, offering three- and four-night itineraries, including calls to the Bahamas and the cruise line’s private island of Ocean Cay MSC Marine Reserve. The ship will start seven-night sailings alternating between the eastern and western Caribbean starting on September 18, 2021.

MSC Divina which has remained on hold for more than a year will begin three-, four- and seven-night itineraries to the Bahamas and the Caribbean out of Port Canaveral, Florida in September 2021. This will be the first cruise from the homeport for MSC Cruises.

The cruise line has health protocols in place to make sure guests and crew remain protected. Both ships will cater to vaccinated and unvaccinated guests. Those guests who decide to cruise and are not fully vaccinated will have to purchase specific travel insurance from MSC Cruises and experience more restricted protocols during the voyage. In addition, there will be testing at embarkation for all guests.

Odyssey of the Seas Restart Delayed

Royal Caribbean has decided to delay the restart of cruise operations for the new Odyssey of the Seas out of Fort Lauderdale, Florida.

Royal Caribbean president and CEO Michael Bayley confirmed Odyssey of the Seas’ first sailing on July 3 out of Fort Lauderdale has now been pushed back to July 31, 2021. A planned simulated sailing in late June has also been delayed to a later date.

The reason for the delay comes as eight crew members have tested positive for COVID-19. Even though the positive crew members had received their second vaccination shot, it was still within the window before the vaccine becomes fully effective. Six of the crew are asymptomatic, and two are showing mild symptoms.

The eight crew members are in quarantine and being monitored by the ship’s medical staff. It also means that as a precaution, all other crew onboard are also in quarantine for 14 days to make sure there is no further spread of the virus.

There are currently 1,400 crew members on board Odyssey of the Seas, and they had all received their second shot since June 4, when the ship first arrived in the U.S. at Port Canaveral. A letter has already been sent out to those guests who were booked on the canceled sailings.

Construction Begins on Icon of the Seas

Wednesday was a major milestone for Royal Caribbean with the first steel cut for its new generation Icon-class cruise ship. A steel-cutting ceremony took place at the Meyer Turku shipyard in Finland, and at the same time, the ship’s name was revealed as Icon of the Seas.

It marks a major milestone for the cruise line as Icon of the Seas will be the first in the fleet to be powered by LNG and the first of three ships in the new Icon-class.

It’s still too early to know full details of the ship, and in the coming months, Royal Caribbean will release more, including itineraries and onboard features. Icon of the Seas will debut in fall 2023. The ship is to be around 200,000 gross tons making her one of the largest in the world, just behind the oasis-class ships.

So that’s it for just some of the major stories from the week. We’ve got even more updates including updates for Carnival Cruise Line Platinum and Diamond guests, Royal Caribbean’s new cruise terminal breaks ground in Galveston, health protocols released for Freedom of the Seas July sailing from Miami, Carnival Corp hit with another data breach and the CDC lowers its warning level for cruise ship travel. 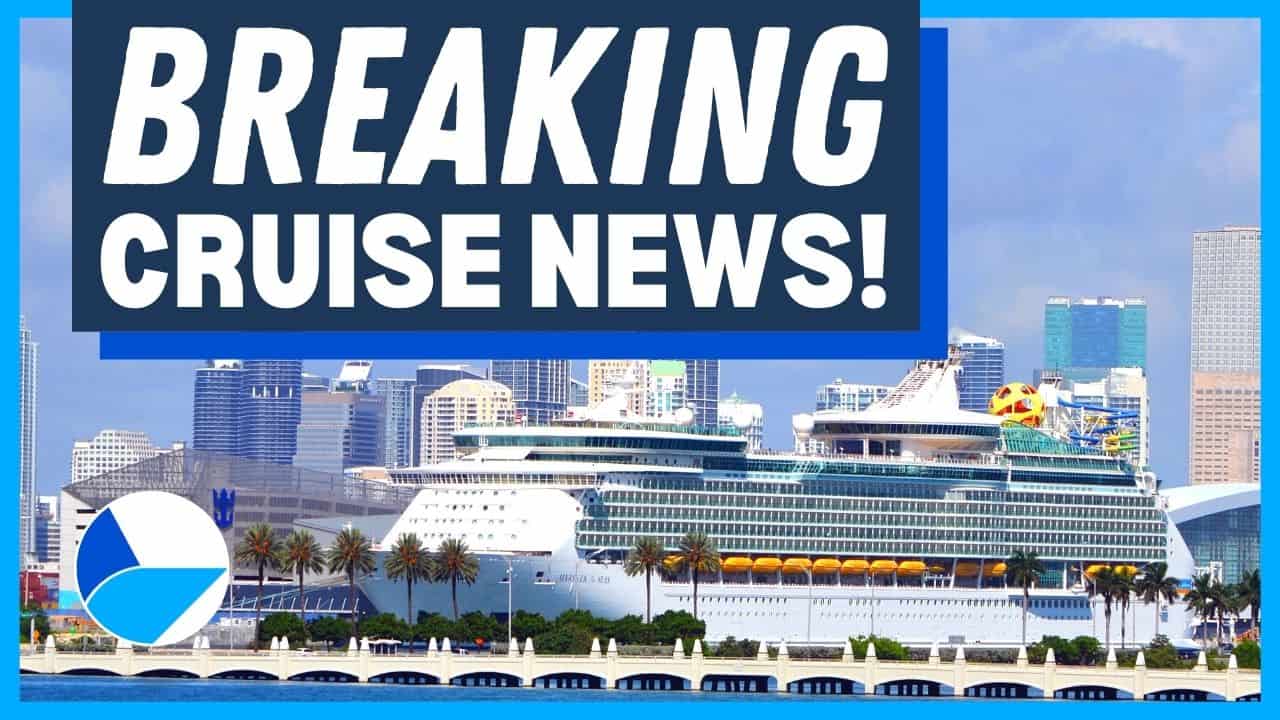 AIDA Cruises, one of Carnival’s cruise brands based in Germany, continues to bring more ships ...
By resortaddiction
11 hours ago

In an ever-changing world, the rules for cruise destinations seem to be changing on a ...
By resortaddiction
14 hours ago

Carnival Cruise Line had their fourth cruise ship reenter service today when the cruise line ...
By resortaddiction
1 day ago

Carnival Cruise Line begins its weekly Alaska cruises from Seattle today and the company held ...
By resortaddiction
1 day ago