Viking is expanding their fleet of river cruise ships in Egypt with Viking Aton, a new vessel that will debut in 2022 built specifically for the Nile River.

Hosting 82 guests in 41 staterooms, Viking Aton will be a state-of-the-art ship with the clean, elegant Scandinavian design for which Viking is known. 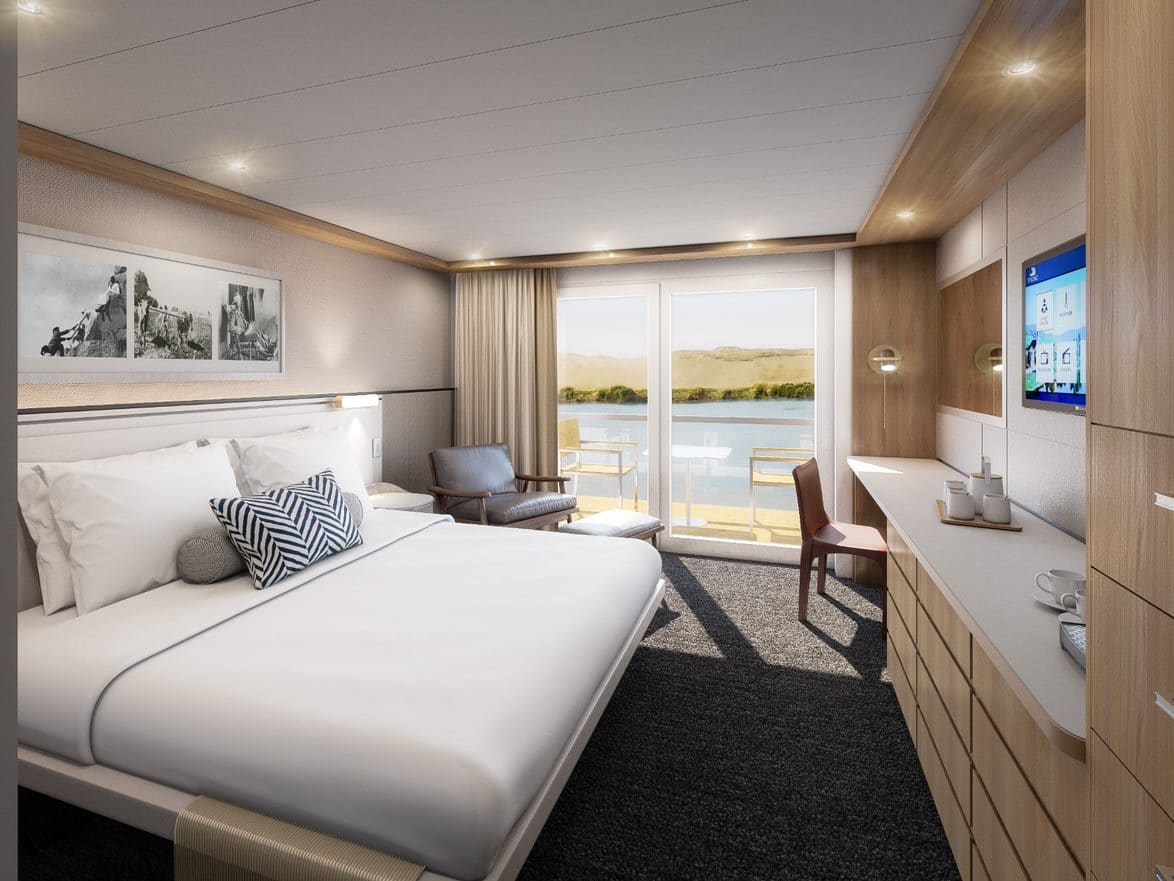 Viking Aton’s features include all outside staterooms with river views; spacious suites with two full-size rooms and verandas; a pool and sun deck with 360-degree views; Viking Lounge with floor-to-ceiling glass doors; and Viking’s revolutionary Aquavit Terrace ideal for al fresco dining and indoor/outdoor viewing along the Nile River.

Viking Aton will join the cruise line’s other ships on the Nile, Viking Osiris, which is set to launch in 2021, and Viking Ra, which launched in 2018. Viking is the first and only Western company to build, own and operate ships on the Nile.

During the 12-day, Pharaohs & Pyramids cruisetour itinerary, guests begin with a three-night stay at a first-class hotel in Cairo, where guests can visit iconic sites such as the Great Pyramids of Giza, the necropolis of Sakkara and the Mosque of Muhammad Ali.

Guests then fly to Luxor, where they visit the Temples of Luxor and Karnak before boarding a Viking river ship for an eight-day roundtrip cruise on the Nile River, featuring:

Additional offerings include a Pre-Cruise Extension in Jerusalem where guests will explore the ancient history and vibrant culture of Israel’s fascinating capital and a Post-Cruise Extension to Jordan – Petra, Dead Sea & Amman to view Roman antiquities at Jerash, Crusader-era castles at Kerak or Shobak and experience the lost city of Petra, a UNESCO World Heritage Site.

From now through January 31, 2021, U.S. residents can take advantage of special savings on cruise fares and up to free international airfare on select 2021 – 2023 ocean and river itineraries.

One of the world’s largest cruise ships, Royal Caribbean’s Allure of the Seas, will offer ...
By resortaddiction
5 hours ago

Royal Caribbean seems to be ramping up its efforts to start sailing, and it looks ...
By resortaddiction
22 hours ago

Princess Cruises has needed to cancel more sailings from the UK due to the government’s ...
By resortaddiction
24 hours ago

Allure of the Seas to Homeport in Galveston from November 2022

For the first time, Allure of the Seas will homeport out of Galveston, Texas, starting ...
By resortaddiction
1 day ago

A contemporary home slots inside a historic stone facade in Spain

How to Make an Origami Paper Crane: Instructions for the Beginner