Two workers involved in scrapping a former Carnival cruise ship in Turkey have sadly died. The fatal accident happened at the scrapyard in Aliaga, Turkey, on board what remains of the Carnival Inspiration cruise ship.

According to NGO Shipbreaking Platform, two workers died during the dismantling of the Carnival Inspiration cruise ship at the Aliaga ship breaking facility in Turkey. Flames apparently caught the two workers within the engine room of the former Carnival-owned vessel. An investigation is currently underway to find out what happened.

It comes at a time when scrapping cruise ships is a dangerous job. Workers often have to climb around the ships and cut sections off with limited safety protection. NGO is a coalition campaign for clean and safe ship recycling, and this sad news will not be welcomed.

“The heaping up of ships in Aliağa must not compromise OHS management. Cruise ships are notoriously complex structures full of compartments and potentially deadly hazards that require a skilled workforce and time to take apart. To reduce the current pressure on Aliağa, the EU needs to boost additional capacity in the EU in line with the European Green Deal. There are many ships to scrap in the coming years and those seeking sustainable solutions need more options.”

In August 2020, Carnival announced that Carnival Inspiration and Fantasy would be recycled responsibly by specialists EGE CELIK and SIMSEKLER at the facility in Aliaga, Turkey. The cruise company also worked with Bellona Foundation, a lead partner with NGO Shipbreaking Platform, to safely dismantle cruise ships.

A ship recycling plan was formulated for each of the vessels to follow environmental standards. Both ships are being stripped of machinery, electronic equipment, glass, wood, and other materials that can be directly upcycled for reuse in new ships. Other materials such as steel and metal scraps are being sent away for producing other products.

Due to the global pandemic, Carnival Cruise Line was forced to sell three Fantasy-class ships for scrap, including the Carnival Fantasy, which has already completely gone, Carnival Inspiration, and Carnival Imagination. Thankfully, sister ship Carnival Fascination was saved and sold to Chinese cruise lines Century Cruises.

Carnival Inspiration was built for Carnival Cruise Line in Helsinki, Finland. The ship entered service in 1996 and was 70,367 gross tons with a guest capacity of over 2,000 along with over 900 crew members.

Our thoughts go out to the two worker’s families and friends, along with all the workers who risk their lives daily in shipbreaking facilities worldwide. 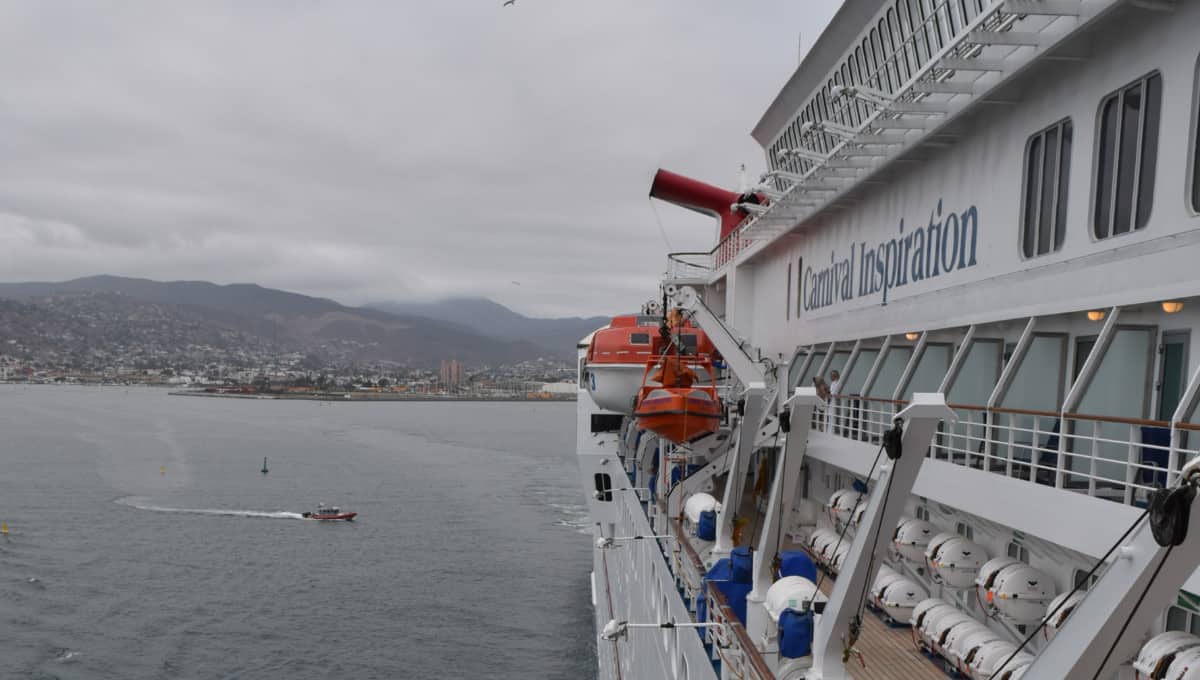