Two more cruise lines will offer sailings in the UK this summer. Both Cunard and Disney Cruise Line will be giving British guests the chance to sail onboard their ships on the various cruises in and around the British Isles from Southampton, which is truly becoming the cruise capital of the UK.

The news comes after several other cruise lines, including P&O UK, Fred Olsen, Princess, Viking, and others, announced they would be sailing in the UK after the British government announced it would be opening domestic tourism.

While Cunard had already announced it would be sailing with one vessel, Disney Cruise Line is a new and surprising addition. After the company’s CEO had announced previously they did not expect to sail until the fall of 2021 at the earliest.

Cunard, the UK’s premier luxury cruise line, will be offering guests three separate cruises between July and October 2021. The cruises will take place round-trip from Southampton and include British Isles scenic cruising and solar voyages, sailing to wherever the sun shines brightest.

The line will also offer four voyages that include ports of call in the cities of Liverpool, Greenock, Invergordon, Belfast, Newcastle, and a maiden call for Cunard to the Welsh port of Holyhead.

“Cunard’s Summer at Sea luxury UK voyages are a truly unique way for guests to have a much-needed break this summer. With international travel not yet fully opened up we’re delighted to offer these voyages exclusively for British guests to experience a staycation unlike any other, as they relax in Cunard luxury knowing we will take care of everything.”

Cruises on board Queen Elizabeth will be available only to those guests that have been vaccinated and are a UK resident. Cruises go on sale Wednesday, March 31, 2021, at 10 am.

The Magic Of Disney Comes To The UK

A surprising addition to the UK’s domestic cruises is Disney Cruise Line. CEO Bob Chapek said he did not expect that cruises would restart until the fall of this year. However, the cruise line now intends to sail on 2-3 and 4-day cruises from London Tilbury, Newcastle, Liverpool, and Southampton.

According to company President Thomas Mazloum, guests will be able to enjoy everything the line has to offer:

“Our teams are bringing tremendous ingenuity and fun to these new cruises, tailoring them with care to the times we are living in, yet filling them with everything you’d expect from Disney, from great service and entertainment to immersive dining experiences and magic for the whole family.”

Mickey Mouse, Minnie Mouse, and their pals, a Frozen flurry of fun with Anna, Elsa, and Olaf, and an epic encounter with Marvel’s greatest Super Heroes, both adults and kids will be overjoyed by the offerings onboard. West End-quality stage shows will captivate guests of all ages in the Walt Disney Theatre.

Also Read: Could Jamaica Be the Next Target for a Cruise Homeport?

As can be expected with the many children expected onboard, Disney has not announced vaccination requirements. The line will be implementing multiple layers of health and safety measures. This includes COVID-19 testing, health screenings, face coverings, reduced guest capacity, physical distancing, and enhanced cleaning.

Disney cruises from the UK are expected to go on sale from April onwards. There are no exact dates for the cruises as they are still waiting for the UK government to issue their guidelines and authorizations. 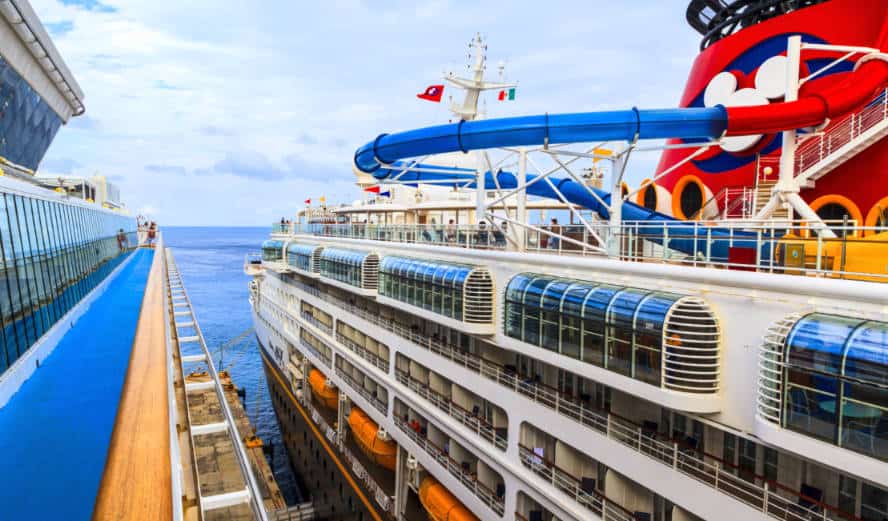 Egypt: A Remarkable Day in Cairo – Any Hope for Nigeria? (II)

Royal Caribbean, the world’s biggest cruise line, has officially restarted cruises to the Caribbean and ...
By resortaddiction
20 hours ago

Princess Cruises has announced restart plans for eight cruise ships from U.S. port this fall ...
By resortaddiction
1 day ago

The federal Judge has finally decided in the lawsuit filed by the State of Florida ...
By resortaddiction
1 day ago