Harlem is a cultural icon in the US. It’s the home of the cultural movement that swept the whole city in the 1920s called the Harlem Renaissance. In the jazz era, many accepted Duke Ellington’s world-renowned invitation to “Take the A-Train” heading uptown to New York’s most acclaimed nightclubs and bars in Harlem. This musical hit today is associated with Harlem like no other jazz song. There’s a lot of history and buzz here. In this guide, we’ll show you some of the best places and the best things to do in Harlem.

According to Duke Ellington, just “Take the A-Train.” Seriously, you can take the ACBD Uptown and recommend getting off at any of the stops up until 125th Street. Additionally, you can take the 123 to Lennox Avenue which is near the northern part of Central Park and the 456 will take you to East Harlem.

Top 5 Things To Do in Harlem

Theres a lot of things to do in Harlem and the neighborhood is pretty big. Here are the top 5 things to check out if you’re limited on time.

Other Things To Do In Harlem

If you have plenty of time to kill, there are other places and attractions to check out in Harlem.

Food and Drinks in Harlem

There are a bunch of things do in Harlem and one of them is to obviously to check out the restaurant and food culture in this vibrant neighborhood. Here are a few of our favorites. 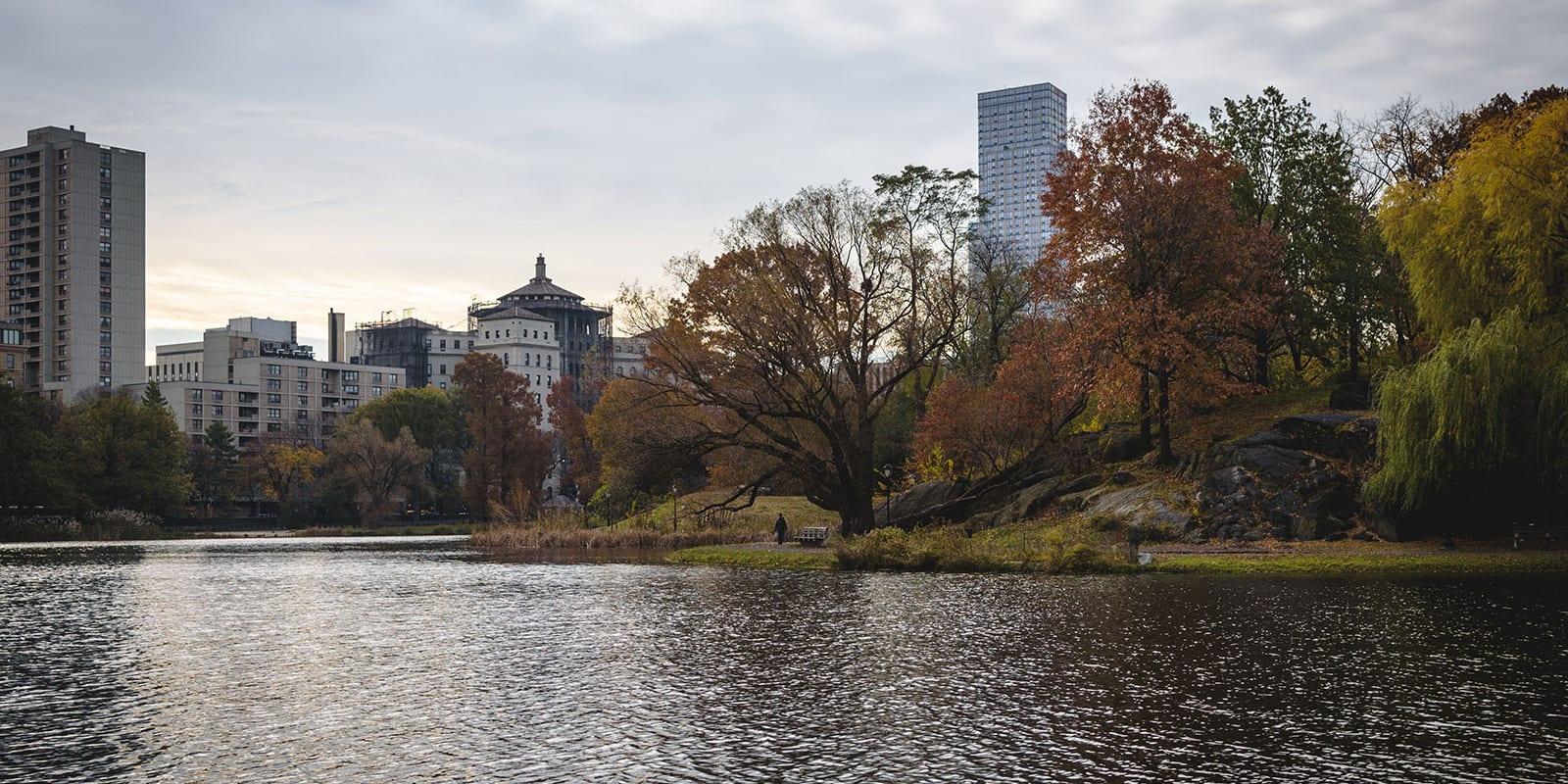 From 106th to 110th Street, the Harlem Meer extends north of the park . It’s a beautiful part of the park and is away from the tourist hot spots. Located directly on Harlem Hill (a dreaded mountain amongst the runners in the park), you can fish in the Harlem Meer or just enjoy the peace and quiet on a bench. Read more about the highlights in Central Park here.

What used to be known for their whites-only burlesque shows in the twenties, the Apollo Theater in Harlem is now known worldwide for its jazz, soul and blues concerts. The Apollo Theater began the career of many stars, such as Duke Ellington, Louis Armstrong and Count Basie.

It was also the big stage of many Motown artists like Diana Ross, the Jackson 5 and the Supremes and home to soul musicians like Marvin Gaye and James Brown. Brown was even laid out in the Apollo after his death in 2006.

After the death of Michael Jackson, thousands of fans gathered at the Apollo Theater in Harlem. The Apollo Theater was one of his first career stops along with his family as The Jackson 5. He participated in Amateur Night in the late 1960s and won. Today, concerts are held regularly at the Apollo Theater. The event calendar can be found here. In addition to the concerts, exciting workshops are now taking place at the Apollo Theater Academy. What’s really worthwhile are the guided tours of the legendary theater which provides background information on the story and its celebrities. Taking a tour is one of the best things to do in Harlem.

One of the most significant areas in Harlem is the Mount Morris Historic District (119th to 124th between Malcolm X Boulevard, Lenox Avenue and Mount Morris Park West). Here you get great insight into the architecture of the time and see the beautiful brownstone houses.

The intersection of West 116th Street between Nicholas Avenue and Morningside Park is known as Little Senegal. Here you will find authentic African culture. The Malcolm Shabazz Harlem Market is especially popular here. Jewelry and clothing from parts of West Africa are sold at this weekly market.

One of the best things to do in Harlem is to check out Strivers’ Row. It’s also known as St. Nicholas Historic District (138th to 139th Street), is a well-preserved set of row houses from 1891. This part of Harlem is so pristine that one original street sign is still up and says “Private Road, Walk Your Horses”.

Owners of the New York Pass can take part in a “walking tour” through Harlem free of charge. With the tour, you discover the treasures of the area to the foot and receive valuable information by the tour guide.

Attend a Gospel Mass in Harlem

There’s no such thing as an authentic Harlem gospel choir. It’s part of the Harlem culture and for many visitors a must-do in Harlem. The smaller the church in Harlem, the better are your changes to sit among Harlem locals attending the church. The easiest way to attend a gospel mass in Harlem is to wander around and find a church early in the morning (like First Corinthian Baptist Church). You will always be welcome.

Be respectful and do not film or photograph inside the churches. 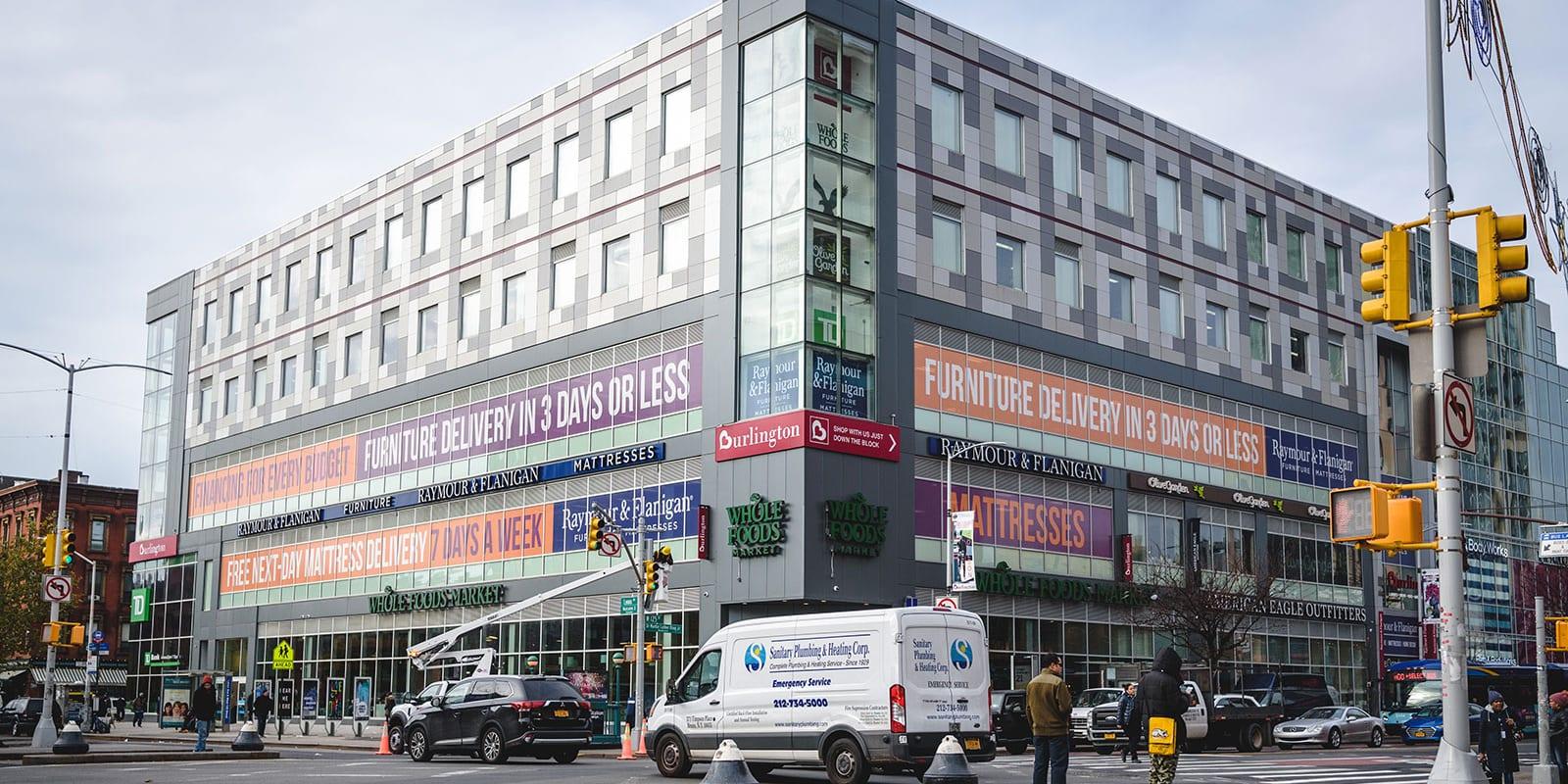 Some of the best-dressed figures originated from Harlem. There’s a lot of original styles here. Dapper Dan, who reps Harlem just did a collaboration with Gucci. Here, originality rules all. With that being said, Harlem is going through gentrification and there are signs of mainstream stores hitting the streets such as Whole Foods, Victoria’s Secret and Banana Republic. Other than that, you can still find pretty great boutique shops. One of them is called Flamekeepers Hat Club. If you’re into fedoras, bowler hats or any other type of hat, this is the place to go. This store has some of the best hats we’ve seen in the city. Do you want to have some trendy pieces? Then make sure to check out Harlem Haberdashery. Another spot that’s worth looking into is a store called Harlem Underground. Here, you’ll find locally themed apparel and accessories.

The Art and Museum Scene

The museums that Harlem has to offer are also heavily influenced by the African-American lifestyle. At the Schomburg Center for Research in Black Culture you explore the culture and history of this particular demographic. This institution, which is part of the New York Public Library, is a leader in the study of diaspora and the everyday life of the African American population in the United States. There are free exhibitions and events that are regularly held. Features include exciting personalities such as former President Barack Obama, music and literature. (Address: 515 Malcolm X Boulevard).

The Studio Museum in Harlem was founded in Harlem in 1968 as the first museum of its kind and is dedicated exclusively to the work of African American artists with some 1600 exhibits. Connected to the museum are studios and workshops (address: 144 W 125th Street). Holders of the popular New York Pass have free entry to the Studio Museum.

The Cloisters, just north of Harlem, was built in the middle of Fort Tryon Park, overlooking the opposite, New Jersey-owned, the wooded bluff of the Hudson River and the George Washington Bridge. Built from 1934 to 1938, with parts of four French and Spanish monasteries integrated, the collection of medieval art from the Metropolitan Museum is set in its own setting. The museum houses more than 5000 works of art, including magnificent sculptures, illuminated manuscripts, stained glass, and the famous unicorn tapestry. With the New York Pass, you also have free admission here.

One of the things to do in Harlem is to visit El Museo Del Barrio. Their mission is to preserve and educate guests about the art and culture of Puerto Rico and all of Latin America in the US.  For more information, please click here.

We consider Harlem a special place considering because of the influence the area has made in today’s culture. We think it’s best that you understand the history of Harlem first.

In 1658, the Dutch founded the rural settlement Nieuw Haarlem. Many years later, slaves built a road to New York which is now Broadway. In the 1920s and 1930s, it was considered “chic” in Harlem to attend famous clubs such as the Sugar Cane (address: 135th Street / Fifth Avenue), or  to visit the  Cotton Club and listen to jazz musicians like Duke Ellington and Count Basie.

Many residents of the Lower East Side moved to the area to escape the bad conditions in the Tenements. Around 1914, about 50,000 African Americans lived in Harlem and in the twenties, it became the center of African-American culture.

This movement attracted well-known African American artists and musicians to Harlem such as writers Langston Hughes and Zora Neal Hurston, musicians like Louis Armstrong and Cab Calloway. This era is known as the Harlem Renaissance.

Fast forward to the sixties and seventies, mainstream media made Harlem synonymous with drugs, violence, and decay. With the assassination of Martin Luther King Jr. in the late sixties, the violence in Harlem had reached its peak. By the late 1970s, the looting was getting worse, shops had to close – no one wanted to even set foot in Harlem. Unfortunately, that image of Harlem still mistakenly lingers in the general public’s mind. Today, Harlem is considered a more affordable place compared to other neighborhoods in the city. However, this is already changing thanks to gentrification. It’s becoming one of the go-to spots for yuppies and creatives to make their home base. They say that Harlem is going through its second renaissance.

Hotels In and Near Harlem

Harlem is a nice place to check out. Yes, there are certain areas that you should avoid, but most neighborhoods are like that. Here are our recommendations for hotels in the area.

After exploring all the things to do in Harlem, make sure you check out the areas that are near this amazing neighborhood.

Neighborhoods that are Similar to Harlem

If you enjoyed Harlem and its diverse culture, then make sure to check out these neighborhoods as well.

Which NYC Neighborhood Do You Belong In?

Are you a Brooklyn Boy or maybe a Queens Queen? Find out now!

You’re walking through the streets as you spot bearded men in flannel shirts in the distance. They are wearing sunglasses with thick black frames. The women next to them are wearing small, black hats that cover their autumn color hair, falling onto their leather jackets and ponchos. The group is drinking from Mason jars and eating sweet potato fries topped with truffle mayo served on wooden boards. What do you do?

You’re enjoying your day in New York. When your stomach starts rumbling, you decide to…

You’re strolling through a park and observe a family having a picnic. Immediately, the sight makes you..

For you, meeting fellow tourists in the most amazing places in the world is like…

Back in 2015, one of Picasso’s art pieces was auctioned for a record breaking $200 million. What’s your first thought?