The rejuvenation process Carnival Cruise line has undertaken, and the financial difficulties that other cruise lines have been having in the last 12 months, means there are no less than six former Carnival Cruise Line ships currently at the shipbreakers.

It is boomtime for shipbreakers this year. Both the yard in Alang, India, and the yard in Aliaga, Turkey, are profiting from the pandemic. More than 2500 people work in shifts at the yard in Izmir, where former Carnival cruise ships Fantasy, Imagination, and Inspiration are being broken up.

In India, the shipbreaking operations account for employment for no less than 25,000 workers who are involved in breaking up Carnival’s M/S Tropicale (M/S Ocean Dream), M/S Celebration (Grand Celebration), and M/S Holiday (MV Magellan).

Ordered by Carnival Cruise line in 1981 to increase its presence in the cruise market and delivered in 1982. M/S Tropical was the first ship that the cruise line had purpose-built.

She sailed for Carnival Cruise for 18 years, from her delivery in 1982, until 2000. She was the first vessel to feature the iconic winged funnel, designed by Joe Farcus, who would significantly influence how cruise ships would be designed and built in the future.

After being transferred and sailing with Costa Cruises until the year 2005, she subsequently sailed for P&O Cruises Australia, Pullmantur, and the old lady’s last assignment was for the Peace Boat organization under the name Ocean Dream.

She was beached at the shipbreakers in Alang, India, on January 1, 2021, where she is being broken up for scrap metal.

Holiday sailed for Carnival Cruise Line for 24 years before being transferred to the Carnival Corporation subsidiary IberoCruceros.

After IberoCruceros stopped operating, the British cruise operator Cruise and Maritime Voyages stepped in to take over the vessel and renamed her MV Magellan. After 35 years of faithful service, she was finally beached at the breakers yard in Alang, India.

After six years with IberoCruceros, the ship was transferred to Costa Cruises and quickly sold on to Bahama’s Paradise Cruise Line. She sailed on 2-day Bahamas cruises from Florida until the cruise line sold her as scrap in late 2020.

Grand Celebration was beached at the shipbreaking yard at Alang, India, on January 14, 2021. In the coming weeks and months, we’ll start to see the ship be cut starting from the bow.

Built-in the Helsinki New Shipyard in Helsinki, Finland, Carnival Fantasy was officially named during a ceremony on March 1, 1990.

The Fantasy would become the namesake for the largest class of cruise ships globally; the Fantasy Class of ships would eventually number no less than eight vessels.

Related: Looking Back at the Carnival Fantasy Cruise Ship

The 70,367 GT vessel would still be sailing it wasn’t for the COVID-19 pandemic. After the suspension of sailing by Carnival Cruise Line in March 2020, Carnival Fantasy was announced twice for re-deployment.

However, the announcement came on July 23, 2020, that Carnival had sold the vessel. She was beached in Aliağa, Turkey, on July 29, 2020, where she is currently being broken up. In the very latest photos of the ship at the scrapyard, the majority of the vessel has already gone.

Carnival built Imagination in the same yard as her sister ship Fantasy, the Helsinki New Shipyard in Helsinki, Finland. She was christened by Jodi Dickinson, the ex-wife of former Carnival CEO Bob Dickinson.

As a part of the Fantasy Class of ships, she sailed on three and four-day itineraries from Long Beach, California.

Due to the rejuvenation efforts that Carnival Cruise Line had initiated, she was beached at the scrapyard of Aliağa, Turkey, on September 16, 2020.

During her sailing life, Carnival Imagination measured 70,367 gross tons with a guest capacity of over 2,000 at double occupancy along with 920 crew members.

The youngest vessel to be scrapped under the Carnival flag was Carnival Inspiration. Classified as one of the more uneconomical vessels, the Fantasy class ship was beached for scrapping on August 5, 2020, in Aliaga, Turkey.

As her younger sisters Carnival Fantasy and Carnival Imagination, Carnival Inspiration measured 70,367 GT and had a guest capacity of over 2,000 at double occupancy along with 920 crew members.

Although Carnival Inspiration underwent the “Evolutions Of Fun” project, which saw a massive investment of $250 million to give the Carnival ships a new look, and another renovation in 2013 as part of the Fun 2.0 project, the COVID-19 pandemic meant the end for her and many others with her.

Will we see more ships being scrapped this year? The fact of the matter is that ships nowadays need to comply, for good reason, with many new environmental laws.

Also Read: Which Cruise Ships are Being Scrapped or Sold Due to the COVID-19 Pandemic?

Older ships usually do not comply with new legislations, and neither are they cost-effective. While cruise companies will be looking at their expenses, it could very well be that we haven’t seen the end of beachings just yet. 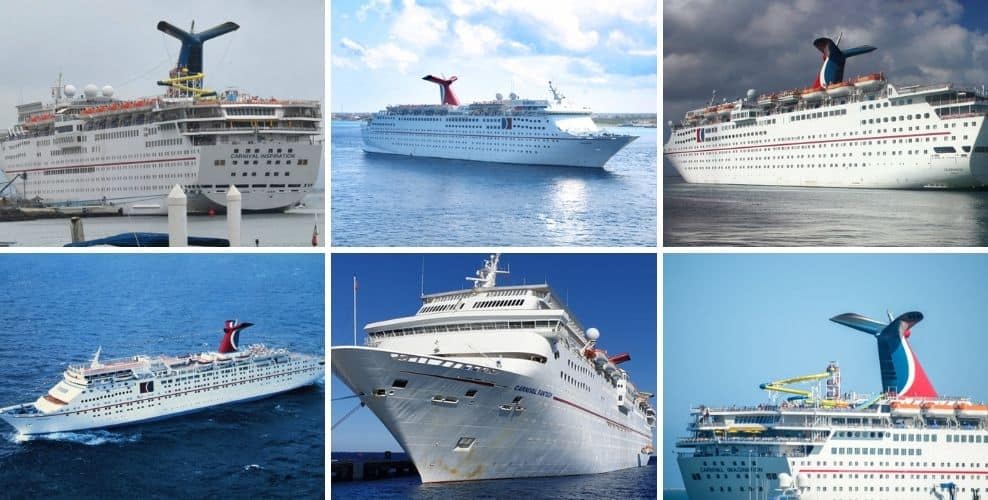 ‘As a body hers is perfection’: Alison Bechdel on the love letters of Virginia Woolf and Vita Sackville-West | Books

Where Are They And Where They Will Go

With lockdowns, postponements, dry docks, changes in homeport, and cancelations, it can be hard to ...
By resortaddiction
2 days ago

AIDA Cruises which is owned by the Carnival Corporation and apart from Costa, is the ...
By resortaddiction
2 days ago

Saga Cruises, the first cruise line in the world to announce vaccine requirements for all ...
By resortaddiction
2 days ago