Singapore has been quietly but steadily building on its reputation as a safe cruising destination. The small city-state has been involved in a pilot program that allows both Dream Cruises and Royal Caribbean to operate one vessel each in Singaporean waters, with Singaporean guests.

The 100,000 have been split between Dream Cruises’ World Dream and Royal Caribbean’s Quantum of the Seas.

Safe cruising and regaining the confidence of passengers

While the milestone of reaching 100,000 passengers that have passed through Singapore’s Marina Bay cruise terminal is an achievement in itself, the fact this number has been reached will resonate around the world and instill some confidence back into the cruise industry.

It was a family of first-time cruisers that became the lucky ones to be awarded the honor. As the lucky guest, Mr. Amin Abdul Rahim and his family were presented with a collection of prizes and goodies, including an upgrade to The Palace suite accommodations for their upcoming voyage:

“My family and I were surprised and are extremely honored to be the 100,000th cruise passenger as this is our first time onboard World Dream. We had heard many good things about the cruise and we are especially looking forward to the Halal-certified cuisine which is so important to us. We are also excited about experiencing The Palace and we can’t wait to share our experience with our family and friends,” said Mr. Rahim.

Dream Cruises have been instrumental in developing a safe sailing program in the Asian nation, which was done in cooperation with the Singapore government and Royal Caribbean.

Throughout the five months the program has been operating, there have been no cases onboard World Dream.

There was a false positive onboard Quantum of the Seas. However, this was quickly determined to be a false alarm. The program’s success has already prompted Royal Caribbean to extend its season in Singapore by an additional three months.

Michael Goh, the President, and CEO of Dream Cruises, was present at the small ceremony, which took place in Marina Bay Cruise Terminal:

“Having pioneered the safe pilot cruises in Singapore, we are excited to be part of this important milestone to celebrate Marina Bay Cruise Centre Singapore’s 100,000th cruise passenger since the program started and who sailed on World Dream on March 12 2021. We hope to continue to welcome more Singapore residents aboard World Dream throughout the year,”

It is fitting to see that a country with a strong maritime industry but no real cruise industry to speak of is the country showing the world how to cruise safely. The example that Singapore has set is quickly finding traction with other countries as well.

Israel has already announced it will be allowing Royal Caribbean’s Odyssey of the Seas, to sail from Haifa on 2, 3, and 4-day cruises to the Greek Isles and Cyprus. These voyages will be open for Israeli guests only, which have to be 100% vaccinated over the age of 16.

The UK has also announced it will be allowing cruises to start from May onwards, which will also be accessible only to guests from the UK, while the ships from cruise lines like Princess Cruises, P&O UK, and Viking Cruises will remain in UK waters, without any port calls.

Singapore’s setup is an ingenious way for countries to kickstart tourism within their borders and provide thousands of people dependent on the cruise industry with an income. The hope is now that other countries will follow the example set by Singapore sooner rather than later.

With 100,000 cruise passengers in 5 months, there is no denying that cruising is indeed a very safe activity! 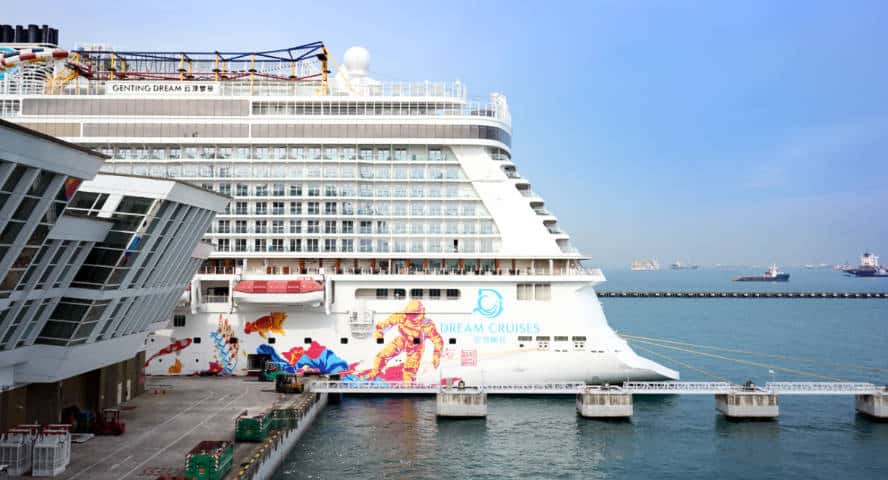 Colbert to Republicans: ‘Would it feel safer if the vaccine was administered by an AR-15?’ | Late-night TV roundup

Princess Cruises Restarts Operations in the U.S. From Seattle

Holland America Line has joined the limited number of cruise lines that have resume operations ...
By resortaddiction
1 day ago

Carnival Cruise Line is not just back cruising with ships but is even opening up ...
By resortaddiction
2 days ago

Where Do The Three Major Cruise Lines Stand on Vaccine Requirements?

Most cruise lines now have or will be starting up operations very soon; however, per ...
By resortaddiction
2 days ago

Serenade of the Seas had the honor of being the first large-scale cruise ship to ...
By resortaddiction
2 days ago

Kenya: International Arrivals to Kenya Between January and June Declines

Why does Israel fear a boycott by an ice cream company? – Middle East Monitor