The Alaska Cruise season is becoming ever more unlikely now that Canada is tightening its travel regulations, COVID-19 vaccination requirements, and PCR testing regime. Without Canada, the Alaskan cruise season will be unlikely to take place.

On January 29, the Government of Canada announced new rules on international travel, in addition to the multi-layered approach on COVID-19 already in place.

The government and Canada’s airlines have agreed to suspend all flights to and from Mexico and Caribbean countries until April 30, 2021, while travelers from the U.S. are only allowed to enter Canada for essential travel, and with negative PCR tests taken 72 hours before entering the country.

Why Canada Is Imperative for Alaskan Cruises

But why is Canada important for the Alaska season? Any passengers transported between U.S. ports must do so on vessels built in the U.S., owned by U.S. companies, sailing under the U.S. flag, and adhere to U.S. Coast Guard regulations.

This law, which is called the passenger services act, requires a foreign-flagged vessel to leave the U.S. at least once on a cruise that starts and ends in U.S. ports. Failure to comply would be costly. Fines are $762 per passenger on board. For Serenade of the Seas with 2,500 passengers, this would cost around $2 million.

Barring a change in the law by the U.S. government to exempt the ships from complying with the Passenger Services Act, the cruise industry needs Canada for Alaska to happen. But this is not the only issue that needs to be overcome.

The provincial government of British Columbia, in name of Premier John Horgan, made it clear that travel will only be allowed once the vaccines are effectively distributed. With the current issues we’re seeing with distribution, this could be many months away.

Worth Reading: When is the Best Time to Cruise Alaska?

Why Are Cruises Important to Alaska?

Cancellation of the Alaskan season would be a severe blow to many local Alaskan businesses. While cruise companies are often criticized for their Alaska cruises, we cannot deny the economic benefits.

Estimates state that in 2018, the cruise industry accounted for $1.24 billion in direct expenditures in Alaska, with a total employment impact of 22,447 jobs and over $1.15 billion in wages in the state.

Also Read: 13 IDEAL Things to Do in Sitka, Alaska

Where Do The Cruise Lines Stand Right Now?

Cruises from mainland USA to Alaska are unlikely to happen in the next 2-3 months due to soaring COVID cases, the lack of follow-up instructions by the CDC, and the uncertainty regarding travel to and from Canada. However, many cruise lines are still counting of having at least a portion of a cruise season in Alaska:

Whether we will see some cruises departing in May seems unlikely when we look at the various reports we’ve seen in the last week or so.

We do know that a, at least partial, cruise season in Alaska will not only be critical to the cruise industry but, most of all, the communities in Alaska that depend on the 1.33 million yearly visitors for their incomes. 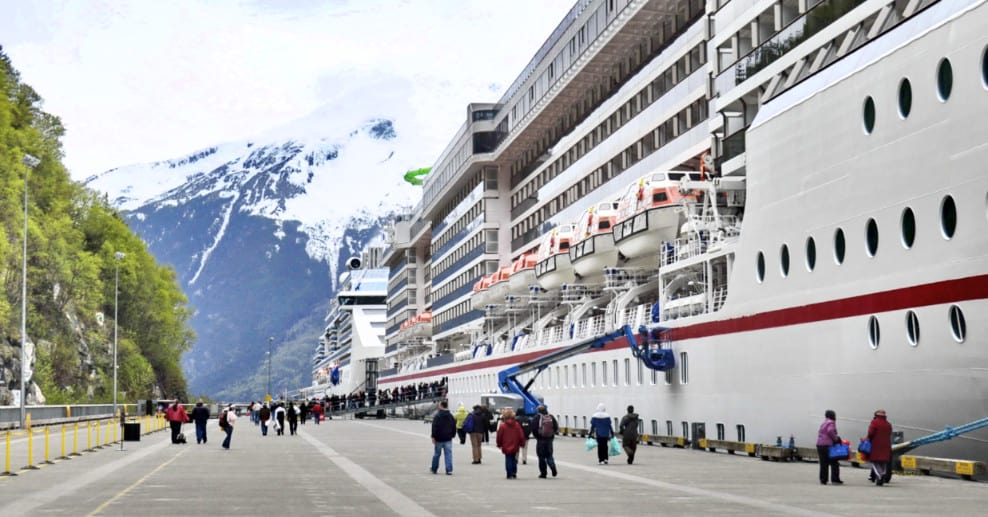 The Australian Government has announced it will be extending its international travel ban for an ...
By resortaddiction
15 hours ago

One of the world’s largest cruise ships, Royal Caribbean’s Allure of the Seas, will offer ...
By resortaddiction
16 hours ago

Royal Caribbean seems to be ramping up its efforts to start sailing, and it looks ...
By resortaddiction
1 day ago

Princess Cruises has needed to cancel more sailings from the UK due to the government’s ...
By resortaddiction
1 day ago

L.A. Metro Will Pilot Free Fares for Most Riders – News