Serenade of the Seas had the honor of being the first large-scale cruise ship to restart cruises to Alaska. She has now also completed the first port of call of a cruise in Juneau. The vessel arrived Friday at 7 AM and greeted residents with three short blasts on the ship’s horn.

Setting sail only days ago on July 20, her itinerary will see her sail to iconic towns like Juneau, Sitka, Ketchikan, and Icy Strait Point, Alaska, as well as the jaw-dropping Endicott Arm fjord and Dawes Glacier.

While not everyone has been supportive of the return of cruising, it was welcome news to many of the local tour operators, restaurants, bars, and local souvenir shops selling local art.

Serenade of the Seas arrived in Juneau carrying around 650 passengers and 800 crew members, significantly less than a ship of this size would have generally arrived with before the pandemic. Nonetheless, locals reported significant foot traffic around the port area and the city’s shops, bars, restaurants, and tour operators. It follows a recent simulated sailing the ship operated which included the first call in Ketchikan.

While it was not as busy as many would have expected it to be with the arrival of the first cruise ship in Juneau in two years, the event still allowed locals to roll back into the job at hand slowly. One local tour sales agent, Greg Pilcher, told AlaskaPublic.org the following:

“It’s pretty slow, there’s not a whole lot of people on the ship, but I think we did better than expected. We wrote a couple tickets, which was great. I think we just wanted to get out here and like practice and remember how to do everything and it just feels really good that there are people here again because it’s been a long two years for sure.”

Local bars and restaurants operated under a local level two COVID alert, meaning business owners have to operate with fewer guests inside and practice social distancing wherever possible. Nonetheless, this did not dampen the spirit of the restaurateurs, many of whom were happy to see cruise ships passengers come back to their businesses, such as the Alaskan Brewing Depot, which said this to the Juneau Empire:

“We’re definitely seeing a lot of people, a lot of traffic. We’re a little surprised. It was a little busier than we expected. We’re glad to see people.”

A First of Many

While Serenade of the Seas is the first cruise ship to return to Juneau, she will certainly not be the last. Locals will be busy enough as Holland America, Carnival, Princess Cruises, and Norwegian Cruise Line all have plans to start operations in Alaska.

One local employee of The Bear’s Lair, a gift shop downtown, said:

“I’m glad that it’s starting slowly because I wouldn’t want to see like five boats in the harbor all at once. This is a good introduction. I’ve worked in this business for about four or five years now. Sometimes it can be pretty hectic but today has been pretty easy to handle.”

There is resistance, though, as not everyone is happy to see cruise ships return after two years of relative quiet. Earlier this year, Karla Hart, an active opponent of the cruise industry, fought to limit the amount of cruise traffic around Juneau. However, the ballots never made it to a vote as support for cruise ships to return grown, especially after the two years of absence. 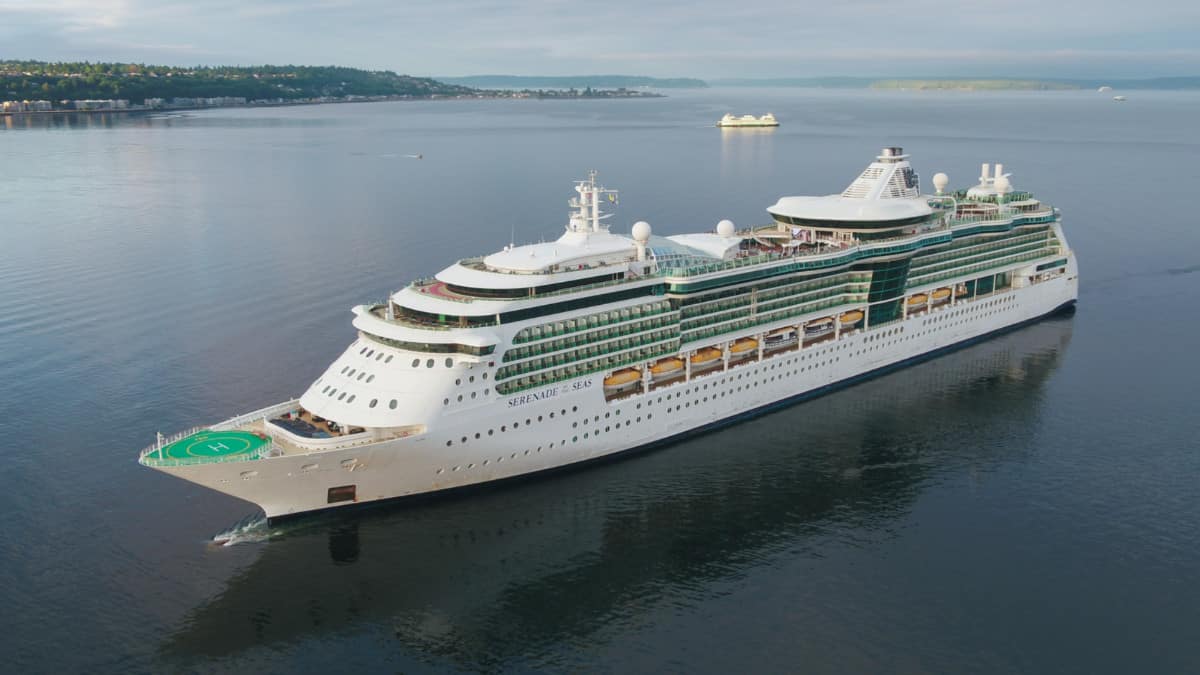