Innovation in the cruise industry continues to move forward during the suspension of operations as Port Canaveral is now ready with LNG. The new Q-LNG 4000 arrived at the port which is an articulated tug and barge (ATB) able to offer safe and reliable delivery of Liquified Natural Gas (LNG).

It has been nicknamed Q4K and the project has been in the making for four years. Finally, it has become a reality at the port can now offer a ship-to-ship transfer of the cleaner-burning LNG.

“This project has been four years from concept to reality and we are excited to welcome the Q-LNG 4000 to fuel the next generation of cruise ships.”

“We have been working closely with our cruise partners, all the federal and state regulatory agencies, and industry leaders to promote this industry initiative.”

You can take a look at the new barge below at the new Cruise terminal 3 in Port Canaveral:

“LNG is the fuel of the future, it’s clean, less expensive and made right here in the United States.”

“We are proud to be part of making this safe secure move to the future in this region.”

The barge is 324-feet-long, and its attached tug is 128-feet-long. The U.S.-owned and operated vessel was constructed at VT Halter Marine Inc. shipyards in Pascagoula, Mississippi, and is crewed by U.S. mariners. It is the first Jones Act compliant ATB built in the U.S.

LNG will be loaded from a fuel distribution facility on Elba Island in Georgia. After each bunkering operation, the barge will have to return to make the trip back to the facility. Q4K has the capacity to fuel up to two cruise ships with a 7-day itinerary each.

When the Q4K arrived at Port Canaveral recently and is actually conveniently docked at Port Canaveral’s new Cruise Terminal 3 which was completed in June 2020. The terminal has been constructed for Carnival Cruise Line and the new LNG-class cruise ships.

Mardi Gras, Carnival’s first fully powered LNG cruise ship is currently in Barcelona, Spain but she will soon be heading across the Atlantic to the port. The huge 180,000 gross ton vessel will be fuel using the new barge, kicking off a new era of eco-friendly fueling for the port and North America.

Mardi Gras‘ inaugural voyage has already been delayed five times due to the global pandemic but she is currently scheduled to begin sailing from terminal 3 from June 5. She will begin with a 7-day Eastern Caribbean itinerary with calls to San Juan, Amber Cove, and Grand Turk. 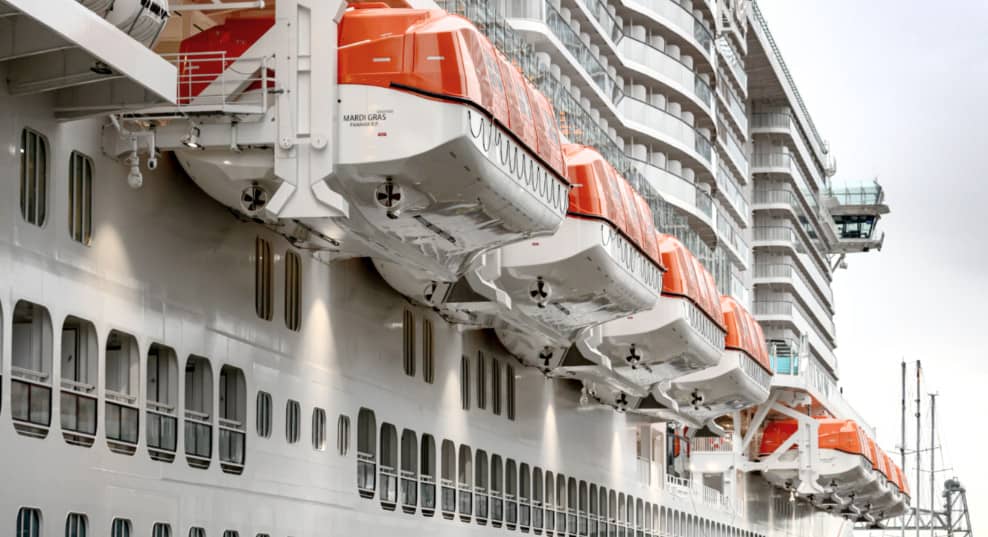 Gilbert and George on their epic Covid artworks: ‘This is an enormously sad time’ | Art

Cruise Line Adds Miami as Port of Call and for Embarkation

Crystal Cruises is adding Miami to its Bahamas sailings as a port of call and ...
By resortaddiction
8 hours ago

After months of speculation, a Chinese river cruise operator has confirmed it will be deploying ...
By resortaddiction
10 hours ago

It’s only a few more days until Mardi Gras embarks on her first-ever cruise. This ...
By resortaddiction
1 day ago