As the UK prepares to open up for cruise operations, cruisers will be the first to have the chance to enjoy MSC Cruises’ new MSC Virtuosa cruise ship. The cruise line has detailed its new UK domestic sailings following an initial announcement almost two weeks ago.

This comes as many cruise lines have recently detailed new UK cruises. The country is among the very few in the world that has given the green light for a safe return of cruises. However, they will only be around the British Isles or cruises to nowhere.

MSC Virtuosa to Sail the UK

The MSC Virtuosa will debut with UK domestic sailings from this summer. Her maiden voyage will depart on May 20, 2021, out of Southampton, England.

The voyage will be the first of a series of 3 and 4-night mini cruises before she begins 7-night cruises from June 12. The new MSC cruise ship will sail from England and Scotland for the week-long offerings.

Worth Reading: IDEAL Hotels in Southampton Before or After Your Cruise

As expected, these new cruises from MSC will be for UK residents only. The cruises are open for all guests including those who have not been vaccinated. However, those who are not vaccinated will need to show proof of a negative test that has been conducted up to 72 hours before embarkation.

“We are incredibly proud that we can offer British guests of all ages our very latest vessel MSC Virtuosa for their summer holiday and I’m sure they will have a fabulous time on board with all that this incredibly innovative ship has to offer, as well as being able to enjoy a range of protected shore excursions in England, Scotland and Northern Ireland.”

“We also look forward to the day when current international travel restrictions are lifted in the UK and we can welcome British guests back on board our ships once again in the Mediterranean and other parts of the world that we know that they love to visit.”

The initial mini-cruises will have a late departure out of the Port of Southampton. The ship will call at the Isle of Portland in Dorset on the English south coast along with two days at sea.

The seven-night offering will have multiple embarkation ports including Liverpool and Greenock along with calls in Portland and Belfast.

These cruises will be the first for MSC Virtuosa as she was only delivered in February and one of the most advanced vessels in the fleet. She even features the first humanoid robotic bartender!

MSC Virtuosa is the sister ship to MSC Grandiosa at over 181,000 gross tons and a guest capacity of over 4,800 at double occupancy, She’s impressive with 10 restaurants, 21 bars, a 112-meter-long Mediterranean promenade, Five swimming pools including an extensive magrodome pool, and a 1,000sqm aquapark.

The UK in Demand

Since cruises were given the all-green, starting from May 17, many cruise lines have already announced plans to offer UK domestic sailings. The country is one of the first to allow mass cruising in the world this summer and it comes while other major cruise markets in Canada, the United States, Australia, and most of Europe remain on hold.

The cruise ports around the British Isles will be busy this summer as the country makes a comeback after a difficult year of lockdowns. Let’s see if this is followed closely by the U.S. and the CDC to allow cruises to resume there. 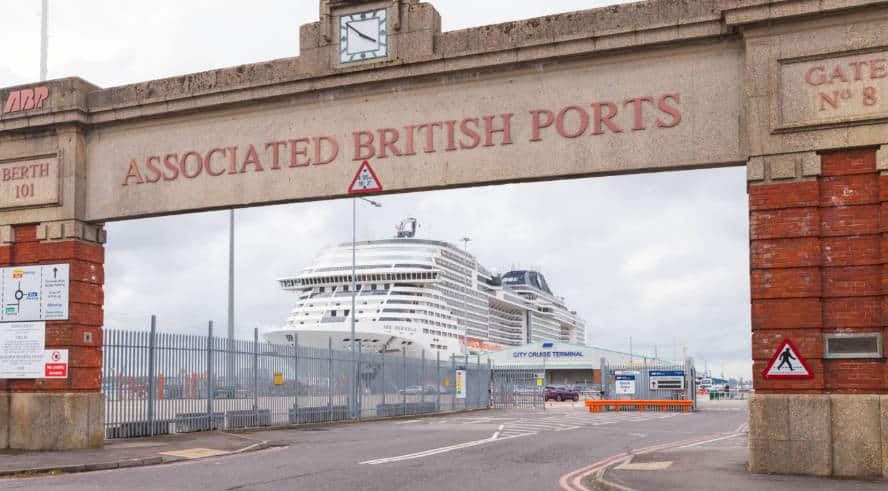 While in Southern Florida to sign a bill on faith-based ambulance services, Florida Governor DeSantis ...
By resortaddiction
11 hours ago

When Royal Caribbean’s Adventure of the Seas docked in Cozumel at approximately 8 am this ...
By resortaddiction
12 hours ago

Viking Cruises continues on its restart plan with another successful re-launch. This time the cruise ...
By resortaddiction
13 hours ago

For the first time in 15 months, American guest have embarked on a Viking cruise ...
By resortaddiction
22 hours ago

Critical Antarctic ice shelf breaking away at an alarming rate

Why 1971 was an extraordinary year in film