Holland America Line has joined the limited number of cruise lines that have resume operations out of the U.S. Nieuw Amsterdam departed the Port of Seattle on Saturday afternoon to kick star Holland America’s return to service and the restart of its Alaska season.

Nieuw Amsterdam is First in the Fleet to Restart from the U.S.

The carnival-owned cruise line has kicked off its return to U.S. cruises with the Nieuw Amsterdam cruise ship. The ship departed the Port of Seattle at approximately 4:00 PM local time.

The cruise line started celebration its return to service with sister line Princess Cruises at an event on Friday that was attended by the president of Holland America, Gus Antorcha, and even Carnival Corporation President Arnold Donald. The day finished off with the vessel lighting up, saying, “We’re Back.”

The celebrations have continued today, and Holland America Line has been keeping everyone updated on social media. As guests embarked on Nieuw Amsterdam at pier 91, they were welcomed by Captain Jeroen Van Donselaar, Brand Ambassador Seth Wayne, and the amazing crew members. There was also a ribbon-cutting ceremony held in the terminal. The party moved up to the open deck under clear blue skies as the vessel finally departed Seattle, Washington.

This is the first time Holland America has sailed with passengers on board for more than 16 months. The cruise line first suspended operations in March 2020, but thanks to the push of Alaska senators, the cruise line has been able to resume out of Seattle. President Biden signed the Alaska Tourism Restoration Act in May, allowing cruise ships to temporarily avoid the need to sail to Canada under the Passenger Vessel Services Act.

Nieuw Amsterdam is now sailing seven-day cruises to Alaska, including calls in Juneau, Icy Strait Point, Sitka, and Ketchikan. There will also be some stunning scenic views of Glacier Bay and Stephens Passage. The ship will keep sailing through October 2, 2021.

Also Read: IDEAL Things to Do in Ketchikan, Alaska

During the voyages, guests will be able to enjoy all the amenities on board, along with engaging in the local culture with programming from special guests. Brand Ambassador Seth Wayne has also said that the cruise line’s original Story show is worth some time as it takes guests through the history of Holland America Line and the recent challenges of the global suspension.

Nieuw Amsterdam is the third major cruise ship to resume sailing to Alaska. Celebrity Millennium, operated by Celebrity Cruises, departed on Friday. Royal Caribbean’s Serenade of the Seas was the first cruise ship to restart in Alaska when she departed Seattle on July 19.

The Holland America cruise ship is 86,700 gross tons with a guest capacity of 2,106 along with over 900 crew members. 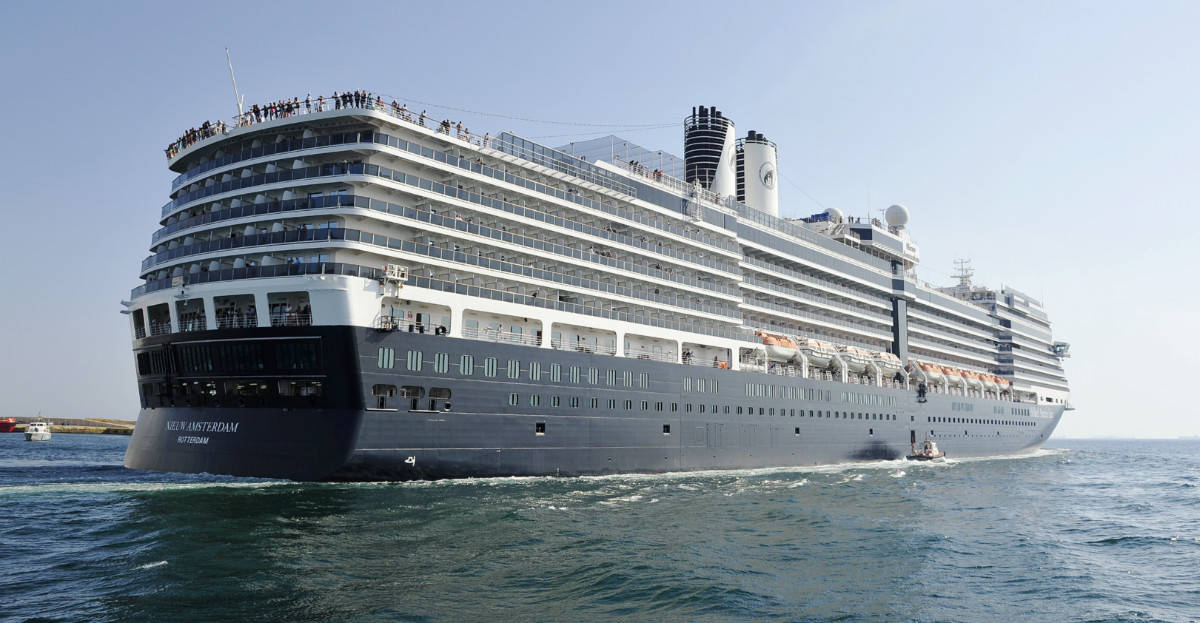