Another former Carnival-owned cruise ship has reached the end and has been beached in Turkey. It’s just another sign of the dire situation the cruise industry is in as cruise lines continue to dispose of less efficient vessels.

The Costa Victoria was beached at the Aliaga ship breaking facility in Turkey at the end of January 2021. The ship which was operated by Costa Cruises, a brand of the Carnival Corporation will now be scrapped over the coming weeks and months.

It wasn’t a simple beaching as the ship had some propulsion issues. Cruise Hive reported in January 2021 that the ship would be towed to the scrapyard by a tug boat from the Port of Piombino in Italy. She can now be seen beached in an awkward position, which is likely due to being towed.

The ship was sold by Carnival Corp back in summer 2020 to Genova Industrie Navali Srl. It was hoped the ship would be used to accommodate shipyard workers, but unfortunately, that plan fell through, and she was eventually sold for scrap.

A Short History Compared to Most

The cruise ship was constructed in Bremen, Germany, and first entered service for Costa Cruises in 1996. Compared to most ships that usually are scrapped, she’s not that old, and before being sold last year, the vessel has always remained part of the Costa fleet.

Even with a short history, the Costa Victoria will be missed by many Italian cruisers. The vessel has been a popular choice for cruises in the Gulf, Asia, and the Mediterranean. She was set to launch cruises from Jordan before the pandemic hit, the plans were canceled, and Costa suspended operations.

There is no end in sight of the global pandemic and the hard-hit cruise industry continues to suffer. Carnival is disposing of a total of 19 cruise ships with many already sold to smaller lines or for scrap.

Just recently, we posted about six former Carnival cruise ships currently being scrapped between the shipbreaking yards of Aliaga in Turkey and Alang in India. Now that Costa Victoria is beached in Aliaga, she joins the Carnival Fantasy, which is almost completely gone, Carnival Imagination and Carnival Inspiration. There are also two former Royal Caribbean ships being scrapped that were part of the Pullmantur cruise brand.

It’s a sad ending for sure but if the major cruise lines are to service this crisis they have to let go of the less efficient ships. There will no doubt be more ships beached through 2021. 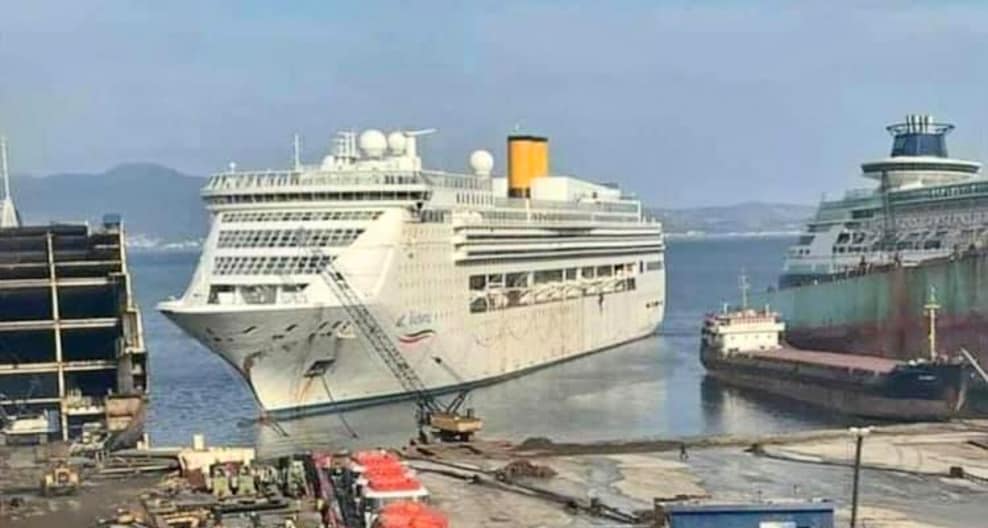 CDC Ditches Mask Requirement for Fully Vaccinated, What About Cruises?

The new MSC Virtuosa has arrived in Southampton in anticipation of her maiden voyage and ...
By resortaddiction
13 hours ago

Cruises From the UK Will Restart Next Week

Cruises from the UK will finally resume next week with MSC Cruises being the first ...
By resortaddiction
14 hours ago

A new cruise line will be sailing around the British Isles next year in what ...
By resortaddiction
15 hours ago

Princess Cruises has announced further cancellations across multiple regions worldwide, including in the Caribbean, Mexico, ...
By resortaddiction
1 day ago