Larry Williams has been surrounded by the arts most of his life. He grew up in Tennessee with parents who both taught music and drama at the college level. The practice room for the black students at the time was in his home, where he says, they housed four pianos.

“Music and art were dramatic themes in my childhood,” he says.

He moved away from art and painting during his adolescence, when he was more interested in boxing and baseball. And didn’t encounter a paintbrush again until about 40 years later.

“I went through a divorce — a mid-life crisis,” Williams says. “Homelessnesss was something I had never considered, intimately. It comes to you…not only fast, but dramatically.” He was living at Austin Research Center for the Homeless (ARCH) when he encountered Art From the Streets (AFTS). The program gave him a haven from the “culture shock” of homelessness, he says.

AFTS is a nonprofit that started 12 years ago to give people living with homelessness a way to make and sell their original artwork at an annual art show. It’s run by a board of volunteer directors, who manage the website and inventory, and provide the open studio space and high-quality art supplies for the artists — mostly acrylic paint, pastel or charcoal and paper.

“What I found out was they had a lot of paper, and a lot of paint. But most of all they had people [who] were always there when they said they would be,” says Williams. “They were present.”

Williams describes his artistic style as “primordial,” a word — and technique — he finally landed on after years of trial and error, he says. The subjects he paints include animals, landscapes, and jazz and African American themes. He’s influenced by the flourishes and curves of Japanese architecture. He loves to use bold colors. But most importantly, his artistic mantra comes from something he heard his mother tell her own art students many years ago: “Keep it simple, keep it simple.” Don’t tell the whole story to your audience, she would say. Let them draw their own conclusions.

Williams sums up his experience with AFTS and painting as a practice that gives him “stability, sobriety and a sense of entitlement,” as well as ownership over his life. Through AFTS he was able to sell enough art to be able to move into his own apartment five years ago, where he still lives today. He works part-time for the city and paints as much as possible; he tries to paint 30 new pieces a year.

“A lot of our artists have gotten off the streets because of our program,” says Pat Chapman, AFTS studio coordinator. Early on, the artists were only paid once a year for the art they sold at a big annual art show. Now, they’ve scaled the program to offer prints of original artwork as well as other merchandise, along with pop-ups and smaller shows throughout the year. This approach has provided many of the artists with consistent, livable income, Chapman says. They still have an annual art show at the Neal Kocurek Memorial Austin Convention Center, which can bring in upwards of $100,000, all of which is distributed to the artists.

Throughout history, many artists, particularly those who were women and people of color, would have been marginalized and impoverished had they not practiced their craft, and been paid for it. In the U.S., the estimated 567,000 people who are unsheltered or the more than 17 million living in extreme poverty have fallen through the gaps in our increasingly inadequate social safety net. Many have jobs but are not paid a liveable wage. They cannot afford the housing options in their area; they live in cars, tent camps, local shelters, or on the streets. Lack of affordable housing and inadequate income remain the leading causes of houselessness in the US, according to the National Law Center of Homelessness and Poverty.

Next City talked with artists who have had significant experience living with extreme economic hardship, or without shelter — how it shifted their perception of themselves and intersected with their own pre-held stigmas surrounding the unhoused — and ultimately, how it affected or catalyzed their art. For most, economic hardship and houselessness present varying degrees of financial, emotional and physical vulnerabilities, and their artistic expressions manifest that vulnerability. For some, art nurtures self-worth. For others art is a pathway to economic mobility. For most, their practice fosters a sense of home. In this feature, Next City explores how three artistic communities have been empowered and fulfilled through creative endeavors: Art From the Streets in Austin, MudGirls in Atlantic City and a conglomerate of artists and art organizations in the Skid Row neighborhood of Downtown Los Angeles.

In Austin, Changing the Label From “Homeless” to “Artist”

Austin has experienced an 11 percent uptick in homelessness in 2020, including more than 1,500 who remain unsheltered. “Our homeless population is to an extreme point in Austin,” says Ruth Adams, the volunteer coordinator at AFTS.

The AFTS goal is to meet the artists where they are, and to help them “up, not out,” she says. The emphasis is on equitable access to art. AFTS gives them the tools and the space to uncover personal abilities and provides a platform to sell their art. 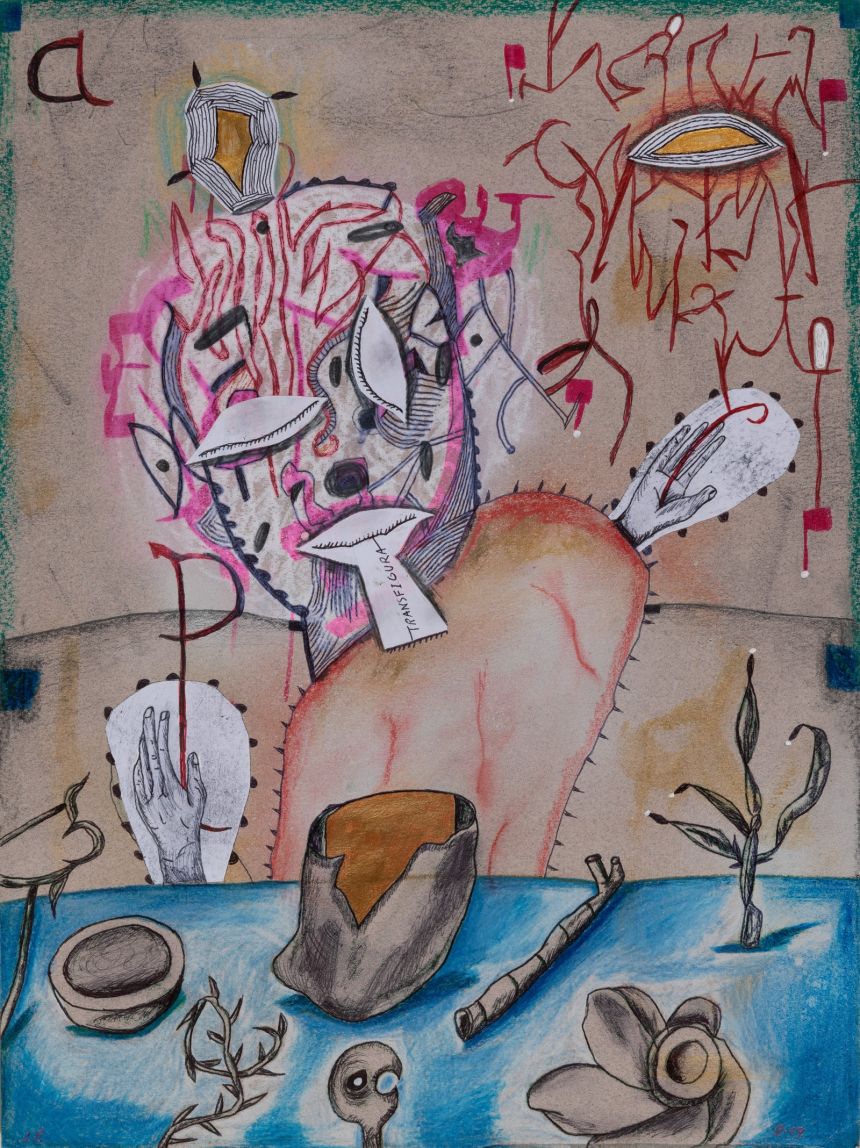 “Our artists are part of our AFTS family and our first concerns are that we are serving them wisely and efficiently,” says Adams. “We meet our artists in their resiliency and move and adjust with them,” she says, echoing a sentiment voiced at a recent board meeting.

AFTS doesn’t fit into a pre-existing model or rubric, she says. They are unique both to the area, and nationwide, with a few exceptions.

“Throughout our history there have been people who, if not for their talent, would have been marginalized,” says John Trahar, recently named president of the board of directors. He was drawn to the program because of the almost instantaneous transformation of labels, from “homeless person,” to “artist.” The pervasive and misleading stereotypes of unsheltered people run deep in American consciousness, and the ability to de-stigmatize them through art is powerful, he says.

“[AFTS] provides this opportunity to and ability to interact with society in a way that generates positive feedback, both in terms of what they’ve created — through their own mind and skill — and then financially, [because] people like it well enough to pay for it,” he says. That feedback pays dividends far beyond the dollars earned, and the effect is visible. The program emphasizes self-determination theory, because focusing on housing alone doesn’t always mean sustaining a quality of life, he says.

Trahar’s main goals have been to scale up the program and revamp the website to make the platform more lucrative for the artists. Selling original pieces is difficult, he says. With the option of prints and shipping, the artists have more opportunities to grow their income; 95 percent of the proceeds go to the artists, with the remaining 5 percent covering shipping and packaging fees.

Before COVID-19, the AFTS studios were open at least four days a week for the artists to come and paint. On a busy day, between 18 and 35 regular artists will use the studio, though there have been up to 100 artists in the program at a time.