This follows a number of recent pushes from officials and the Cruise Lines International Association to allow the hard-hit cruise industry to resume operations out of the United States.

Pressure is mounting on the CDC as the cruise industry in the U.S. has remained suspended for more than one year. It also comes as other countries open up and set out plans for cruise operations, including those in the Caribbean.

Florida Governor was part of an import roundtable discussion with cruise industry leaders on Friday to see what can be done, including the economic impact. The comments from officials made it clear that enough is enough with the CDC and the Biden administration basing the decision to keep ships out of business on old data and before the vaccine came along.

“If there is one thing we’ve learned over the past year, it’s that lockdowns don’t work, and Floridians deserve the right to earn a living.”

“The cruise industry is essential to our state’s economy and keeping it shut down until November would be devastating to the men and women who rely on the cruise lines to provide for themselves and their families. I urge the CDC to immediately rescind this baseless no-sail order to allow Floridians in this industry to get back to work.”

There have been calls from CLIA which 95% of cruise lines around the world are apart of, to end the Conditional Sailing Order which is currently in place until November 1, 2021. The organization which represents major cruise lines including Carnival, NCL, and Royal Caribbean urged the CDC to allow cruising by July out of U.S. ports.

On the same day, the CDC came back and affirmed that the order would remain in place until November 2021. The CDC remains in phase 1 of a four-phased framework and frustrations are growing as phase 1 has remained for almost five months.

In a release from Governor DeSantis, it was mentioned that the government has provided guidance to all modes of transport apart from cruises and a chunk of that is in Florida.

The economic impact was a major part of the discussions as Florida is the home to cruising with major ports including PortMiami, Port of Tampa, Port Canaveral, Port Everglades, and JAXPORT.

The federal government has not provided relief to the seaports even though funds have been provided to airports in previous packages. Governor DeSantis is working hard to support the industry and has already recommended that seaports do receive $258.2 million out of the state’s share of the American Rescue Plan Act of 2021.

“The federal government is acting outside its authority in singling out and docking the cruise industry while other tourism-based businesses continue to operate in accordance with health guidelines. This heavy-handed federal overreach is harming our nation’s economy and is especially damaging to Florida’s economy and our vital tourism industry. That is why, we are calling on the Biden administration to lift the outdated lockdown order on Florida’s cruise industry and allow workers who rely on this important industry to get back to work.”

According to A September 2020 report from the Federal Maritime Commission, the first six months of the pandemic in Florida totaled $3.2 billion in economic activity due to the cruise shutdown.

We’ve also covered some big numbers in a letter from the Miami-Dade mayor requesting a meeting with the CDC director on resuming cruise operations. This is just one request of many towards the CDC for more guidance and allowing the industry to restart.

For now, the CDC remains firm, and some cruise lines are already starting to find alternative homeports outside the U.S., including Royal Caribbean and Celebrity Cruises. However, Carnival Cruise Line is committed to U.S. operations and has no plans on shifting vessels to other countries. 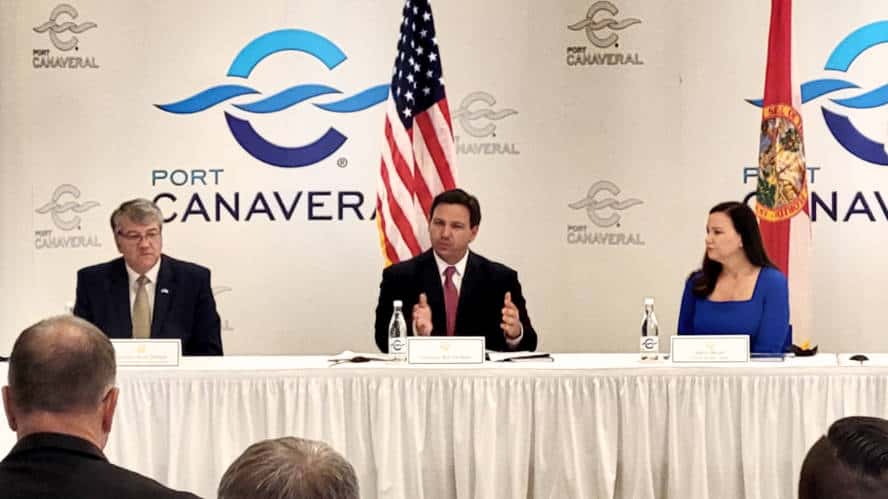 The UK’s biggest cruise line is getting ready to start sailing again this summer. And ...
By resortaddiction
6 hours ago

Cruises From the U.S. Will Finally Resume on Saturday

With cruises already starting back up in Europe, the Bahamas, the Caribbean, Bermuda, and Asia, ...
By resortaddiction
7 hours ago

Ambassador Cruise Line is the UK’s newest cruise line. Announced earlier in May of this ...
By resortaddiction
8 hours ago

MSC Cruises has revealed the name of its second Seaside EVO class cruise ship as ...
By resortaddiction
10 hours ago

F9: How the Fast & Furious films define the 21st Century