The pressure to get the CDC to allow cruise operations to resume in the United States has just reached another level. With the U.S. Centers for Disease Control & Prevention remaining firm on its Conditional Sailing Order, Florida Gov. Ron DeSantis has announced that the state is filing a lawsuit against the CDC and the federal government demanding that cruising is allowed to resume.

It’s obvious now that the cruise industry has had enough, including officials in Florida, cruise ports, cruise lines, and all the local businesses impacted by an industry that has been shut down for over a year. This has now resulted in the state of Florida filing a lawsuit to demand that cruises reopen immediately.

In a press briefing that took place today at PortMiami, the cruise capital of the world, Florida Gov. DeSantis made a major announcement. A big factor of the announcement was the impact the cruise industry shutdown was having on employment and that it was far below the national average.

“The Federal Government and the CDC has locked down this industry for over a year. This is not reasonable, this is not rational, and guess what, if they say that cruising is not safe, even with widespread vaccine availability, all the testing you want, they have now have antibody treatments that have been effective, they have all these different things, it’s a much different situation than a year ago.”

“So how does that make any sense? It doesn’t it’s rational and this is something that we don’t believe can continue any longer.”

With cruise lines such as Royal Caribbean shifting vessels to new homeports such as the Bahamas due to the industry shutdown in the U.S. Cruisers will still have to fly there. They’ll be spending money in the Bahamas which could have been spent in Florida.

The cruise industry at the moment in the United States is in crisis and the state of Florida where some of the world’s largest ports are located has suffered heavily with no cruise operations. As a result, Gov. DeSantis said:

“Today, I’m happy to announce that on behalf of the tens of thousands of Floridians whose livelihoods depend on the viability of an open cruise industry, today, Florida is fighting back. We’re filing a lawsuit against the Federal government and the CDC demanding that our cruise ships be re-opened immediately.”

DeSantis believes the Federal Government does not have the right to mothball a major industry for over a year. He thinks there is a good chance for success. The possibility of this happening has been in discussions for many weeks, and DeSantis is partnering with Florida Attorney General Ashley Moody to make this happen. In fact, the Governor hinted this could happen in a recent roundtable discussion with cruise line executives at Port Canaveral.

The CDC recently released phase two of its four-phase framework on the Conditional Sailing Order on April 2. however, the further technical instructions still did not provide any set timeline. They produced even more complications to resume operations.

With all these developments in the last week, all eyes will now be on the CDC to see what happens next. Cruise Hive will keep readers informed on any new developments. 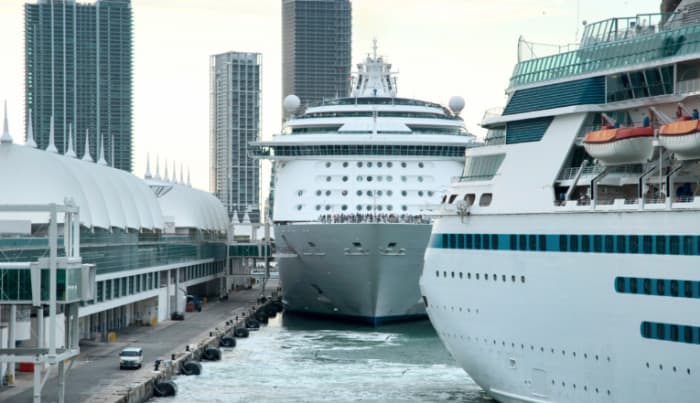 Clash of Cultures Is it Real or a Smokescreen? — Global Issues

MSC Cruises had their fifth cruise ship return to service this past weekend when MSC ...
By resortaddiction
17 hours ago

MSC Cruises continues with its restart plan on resuming operations, and now the fifth ship ...
By resortaddiction
18 hours ago

Titanic vs. Modern Cruise Ship: How Do They Compare?

When you think of the most famous cruise ship in history, what ship do you ...
By resortaddiction
22 hours ago

How Was the First Viking Cruise from the UK on Viking Venus?

An extensive review on the first Viking cruise for 14 months out of the UK. ...
By resortaddiction
1 day ago