Not only the general public was surprised by the announcement by Canada’s Minister of Transport, Omar Alghabra on Thursday afternoon. Most major cruise lines were quick to react where the overwhelming sentiment was that of surprise and disappointment of Canada’s drastic measures to curb the spread of COVID-19.

Canada has now banned all cruise line operations for any vessels of 100 passengers or more within its international borders.

The ban includes all Artic voyages that would enter Canadian territory, all Alaska cruises onboard non-US flagged vessels, all voyages to New England that would call into ports in Canada, and any other voyages calling at Canadian ports or sailing into Canadian waters.

If the global health crisis sufficiently improves to allow the resumption of cruises in Canadian waters, the Minister of Transport can rescind the Interim Orders.

We’ve summarized the reactions from the major cruise lines and how this affects each of them.

While the organization understands the Government is doing its utmost to combat COVID-19 within Canadian borders, it does feel that Canada has not allowed the industry to show it has the science-backed measures to cruise safely.

Charlie Ball, the chair of the organization, said the following:

“While we understand and support the Government’s focus on combatting COVID-19 in Canada, we are surprised by the length of the extension of the prohibition of cruises. We hope to have an opportunity to revisit this timeline and demonstrate our ability to address COVID-19 in a cruise setting with science-backed measures, as CLIA members are doing in Europe and parts of Asia where cruising has resumed on a limited basis.”

“All of us at Carnival Cruise Line totally understand how disappointing this news is and of course we’re evaluating this announcement but at this time I just don’t have any further news. We will of course keep you informed and as I have done many times during the last 12 months I want to say thank you for your patience.”

For Carnival Cruise Line, the only ship that will likely be affected is Carnival Freedom, scheduled to make 7-day voyages from Seattle to Alaska from May 4 onwards. The cruise line is taking time on evaluating the situation

Royal Caribbean Cruise Line says it is disappointed by the Canadian decision but understands and appreciates the Government’s focus on combatting COVID-19.

The cruise line is currently evaluating its itineraries before providing an update to guests booked on upcoming Alaskan and Canada cruises.

The line said it would be working closely with officials and supporting local Alaskan businesses:

“We will continue to work with health and transportation officials on a path forward to address the impact on multiple sectors of the Canadian economy. We will also continue to focus on what we can do to support our fellow Alaska businesses, the people who rely on the tourism industry, and the regions in which we operate.”

Royal Caribbean had four ships scheduled to sail in Alaska in 2021. Quantum of the Seas had been canceled previously due to her staying in Singapore, where she is currently cruising.

For Ovation of the Seas, Serenade of the Seas, and Radiance of the Seas, Royal Caribbean Cruises will likely cancel the Alaskan season now. Alaskan and Canada & New England cruises have been removed from the companies website.

No other cruise lines will be as affected by the Canadian cruise ban as Holland America Line and Princess Cruises. The Seattle-based operator was planning on operating no less than six vessels in Alaska this season, while Princess cruises had scheduled four vessels to operate in Alaska.

The cruise lines are taking a hard stand on the situation. They say they recognize their importance to the economic health of many Alaskan communities and will continue to pursue any option which might permit safe operation of any portion of the season. The companies said in a joint statement:

“While this is beyond our control, we remain committed to operating any portion of our Alaska season, and we are hopeful that positive progress relative to the pandemic accelerates to the point that the Canadian Transport Minister will rescind the interim order and allow cruise vacations to resume in 2021.”

Of course, any sailings onboard the ships will depend entirely on the Canadian governments’ approval to make a stop in Canadian territory, or for the US government to cancel or amend the Passenger Vessel Service Act, which both seems unlikely.

The six vessels Holland America Line has scheduled for Alaska this season were supposed to start on the below dates:

Princess Cruises was scheduled to sail with the five ships on the following dates:

Celebrity Cruises also brought out a press statement that said the following:

“We know this is disappointing news, particularly as it relates to the Alaska cruise season. We continue to maintain our focus on all efforts to resume service with the health, safety, and well-being of our guests, the communities we visit, and our crew and shoreside employees as our highest priority.”

The line further stated it would be evaluating which voyages will be affected by the cruise ban and contacts guests and travel partners when the time is right.

Neither Disney Cruise Line nor Norwegian Cruise Line has reacted to the news from the Canadian Government.

Norwegian Cruise Line has a multitude of voyages that will be affected by the Canadian cruise ban. Below you will see the various ships affected in 2021:

Alaska is Not Totally Over

Even though the major cruise lines may have to cancel their Alaskan and other North American cruises, not all is lost. US-flagged cruise lines will sail to Alaska without any issues, keeping in mind they will need to get approval from the CDC to do so.

Also Read: Should We Forget About the 2021 Alaska Cruise Season?

It has been a shocking announcement from the Canadian Government, and one that will hopefully not get traction with other countries around the world planning the same. Canada was one of the first countries to ban cruises last year and was followed suit by nearly all countries worldwide.

Another prolonged period with cruises would not only mean a disaster for cruise lines and their fans worldwide, but it would also mean disaster for millions of people, families, businesses, and communities that count and rely on the industry for their income and livelihood. 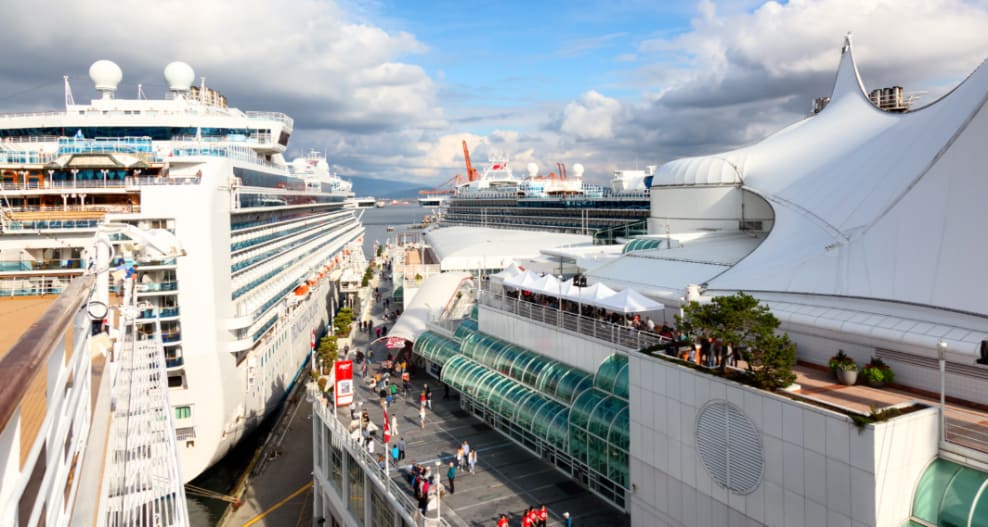 Royal Caribbean Group partnered with the University of Nebraska Medical Center (UNMC) to study the ...
By resortaddiction
14 hours ago

Cruise Line Planning on Resuming Cruises to the Caribbean in June

Windstar Cruises announced plans to resume cruises to the Caribbean in June and to move ...
By resortaddiction
1 day ago

Are you dreaming of escaping it all with your significant other? A cruise to a ...
By resortaddiction
1 day ago

Carnival Cruise Line president Christine Duffy provided an update on where the company stands regarding ...
By resortaddiction
2 days ago