The demand trend for UK domestic sailings continues to be huge as carnival-owned Cunard Line has the busiest booking day in a decade. It comes after the cruise line released its Summer at Sea luxury UK voyages on March 31, 2021.

The UK will become the largest cruise market so far to open back up since March 2020. Multiple cruise lines have jumped in to take advantage of domestic cruises including major cruise lines such as Royal Caribbean and MSC Cruises.

The iconic British cruise line had an impressive day of booking on March 31, 2021, when it released its UK domestic sailings for this summer. Cunard had its biggest day in a decade due to the huge demand for summer UK domestic cruises.

Queen Elizabeth will be sailing cruises between July and October 2021 around the UK coastline out of Southampton. And according to Cunard’s president, on the recent Centenary World Voyages, all but one suite is sold out, an indication that cruisers are ready to hit the seas once again.

“Guests are showing that their desire to travel with Cunard is stronger than ever as they seek a slice of luxury and exemplary service.”

“This record-breaking day follows a phenomenal response to our Centenary World Voyages, on board Queen Mary 2 and Queen Victoria in 2023, which went on sale a few weeks ago. In perhaps an indication that guests are upgrading having not travelled for a while, suites on board these voyages pretty well sold-out at the end of the first day of sales, with only one top suite remaining.”

“We are delighted by this response from guests and particular thanks to all of our agent partners for their continued work supporting guest bookings. We’re really looking forward to welcoming guests back on board this summer.”

There will be a total of ten British Isles Voyages and three Sun Voyages lasting between three and twelve nights. The British isle voyages will include calls at Liverpool, Greenock, Invergordon, Belfast, Newcastle as well as a maiden call for Cunard’s fleet to the Welsh port of Holyhead.

All the sailings are going to offer breathtaking coastline views around the UK including along Cornwall, Scotland, and the southern English coast.

Also Read: Calls For Caution Ahead Of UK Cruise Restart

Queen Elizabeth is the newest ship in the fleet at 90,900 gross tons and a guest capacity of over 2,000. The ship will sail for fully vaccinated guests only due to the successful rollout across the country. 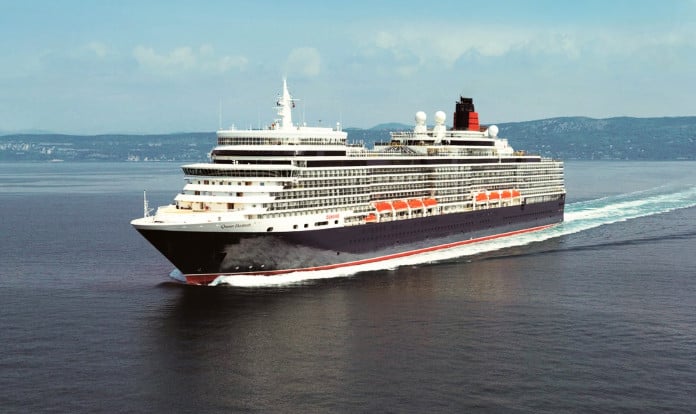 Royal Caribbean, the world’s biggest cruise line, has officially restarted cruises to the Caribbean and ...
By resortaddiction
21 hours ago

Princess Cruises has announced restart plans for eight cruise ships from U.S. port this fall ...
By resortaddiction
1 day ago

The federal Judge has finally decided in the lawsuit filed by the State of Florida ...
By resortaddiction
2 days ago

☀️ The 28 Best Things To Do In NYC in September