The Passenger Vessel Services Act of 1886 has long been a thorn in the side of the Cruise Industry operating in the United States and has offered neighboring countries the chance to take full advantage.

While the law was intended to protect US shipbuilding interests, the law directs increased traffic to countries like Mexico, Canada, and the Bahamas, meaning the US is losing millions of dollars every year. Sen. Mike Lee (R-UT) introduced three bills to repeal and reform the Passenger Vessel Services Act of 1886 (PVSA), one he calls “an outdated, protectionist law that harms American jobs and American tourism.“

The Passenger Vessel Services Act was introduced in 1886 as a sister law to the Jones Act. While the Jones Act prohibits foreign vessels from transporting goods between US ports, the PVSA requires that all ships transporting passengers between two or more US ports (a “domestic voyage”) be American-built, owned, flagged, and crewed.

While the law made sense when the US had a thriving passenger shipbuilding industry, since the SS Argentina in 1958, no passenger vessel has been constructed in the United States. Even Pride of America was only built for 40% until the vessel was completed in Germany.

It means that the PVSA is more of a hindrance to the US economy, as it prohibits ships operating in the United States full time and offers neighboring countries to take full advantage of the need for ships to berth internationally.

Senator Mike Lee said the following: “The PVSA is bad news. This arcane law benefits Canada, Mexico, and other countries who receive increased maritime traffic, at the expense of American workers in our coastal cities, towns, and ports. Reducing demand for jobs and travel opportunities here in the US is the opposite of ‘America First.’ And in the context of ocean liners, this ‘protectionist’ law is literally protecting no one, as there hasn’t been a cruise ship built domestically in over half a century. The PVSA is bad economics and bad law, and it’s far past time that Congress reconsider it.”

Alaska Will Be a Test Case

The Passenger Vessel Services Act came under increased scrutiny when Canada shut its borders for all cruise ship traffic over 100 passengers. It meant that foreign-flagged cruise ships based in the United States, sailing to US ports, and supporting the US economy and local communities could not sail as a stop in Canada was mandatory.

The US temporarily amended the law with the Alaska Tourism Restoration Act; however, a long-term solution should be found to protect American interests in the cruise industry. To that effect, Senator Lee introduced three separate bills that would benefit the US economy and cruise ships and companies that have their bases in the United States, the bills are:

Open America’s Ports Act – Would repeal the PVSA and adjust cabotage requirements accordingly, allowing all ships that qualify under the laws of the United States to transport passengers from US port to US port.

Safeguarding American Tourism Act – Would exempt large passenger vessels (“vessels with 800 or more passenger berths”) from PVSA requirements and adjust cabotage requirements accordingly, allowing these ships to transport passengers from US port to US port. This targeted approach would not affect or harm any existing industry, as there hasn’t been a cruise ship built in the US (which would meet the PVSA’s high bar) since 1958.

Protecting Jobs in American Ports Act – Would repeal the “U.S.-built” requirement for passenger vessels operating between US ports, thereby incentivizing American companies to develop voyages that increase traffic and economic activity – and opportunities for port workers – in American coastal cities and towns.

Currently, the PSVA ensures ships have to sail, in some cases, thousands of miles to comply with the law. Something that cruise companies will want to avoid at all costs if they can. Repealing the law would allow cruise lines to sail US itineraries in Hawaii without sailing to Kiribati or Ensenada, Mexico.

Cruises in Alaska would not have to depend on Canada and stop in Vancouver, while Eastern seaboard cruises would sail from, for example, Florida to Boston or New York without stopping in Canada.

The PVSA reduces demand for American port workers in dockside maintenance and repair, reduces job opportunities for those in the domestic travel and hospitality industries, and does not help the US shipbuilding industry as it is non-existent in terms of large passenger vessels. 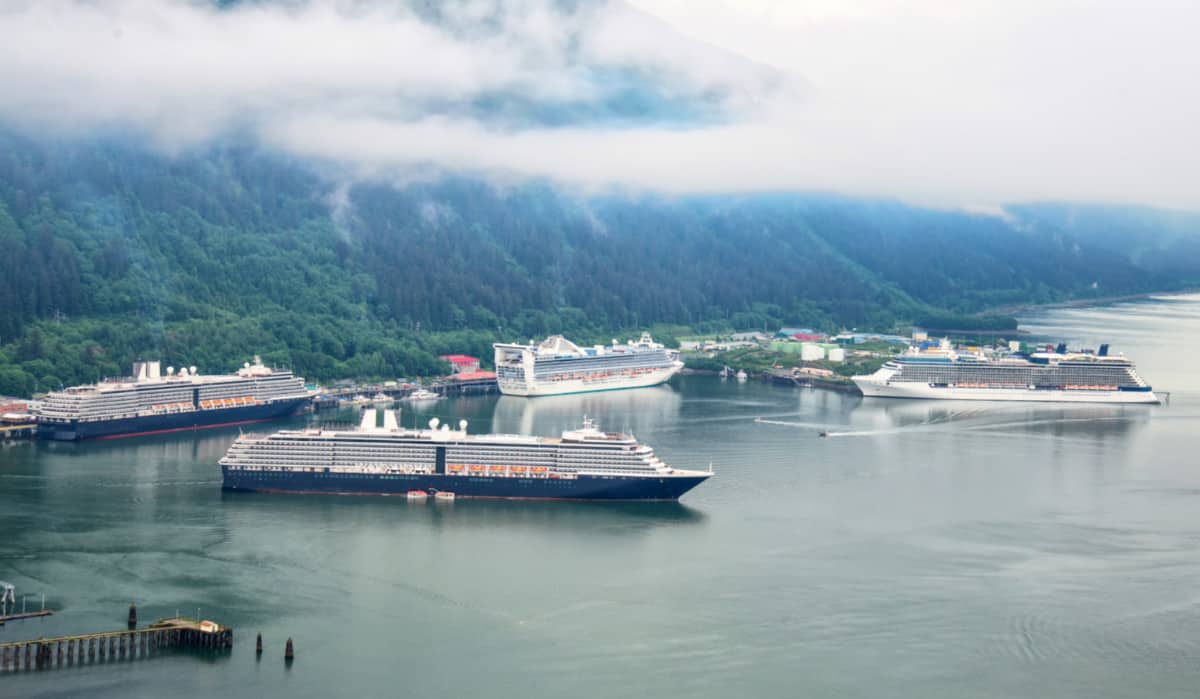 LOOK: First Batch of IKEA Range Now in the Philippines

Six Holland America Cruise Ships to Restart From the U.S. This Fall

It’s been over 15 months since Carnival Cruise Line cruisers have been able to enjoy ...
By resortaddiction
14 hours ago

Fans of Guy’s Burger Joint on Carnival Cruise Line can now satisfy their cravings off ...
By resortaddiction
15 hours ago

More than a year later than initially planned, Celebrity Apex finally set sail on her ...
By resortaddiction
16 hours ago

Carnival Cruise Line released its protocols for the new Mardi Gras cruise ship for sailings ...
By resortaddiction
2 days ago

Tears over Texas: grief and gunshot wounds in the American south – in pictures | Art and design