Sad news today as the last of the Holiday Class ships was beached today at the shipbreaking yard in Alang, India. MV Magellan, which started life with Carnival Cruise Line as Holiday, joined her sisters, Jubilee and Celebration.

MV Magellan last sailed for the British cruise line Cruise and Maritime Voyages until that line went into administration in the middle of last year. It is an end of an era for the first class of ships that was launched by Carnival Cruise Line as new-builds. Tropicale, of course, being the first new-build ship for the Florida based company.

A Part of Carnival History

When one reads back on Carnival Cruise Line’s history, it connects on many levels with the American Dream. It started with Mardi Gras, which ran aground on its maiden voyage, and TSS Carnivale’s launch only three years later. However, the company’s expansion started in earnest in 1985 with the launch of 46,052-ton Holiday and the so-called Holiday Class of ships.

The Holiday Class ships would help Carnival Cruise Line grow into what it is today. A multi-billion dollar conglomerate that sails more cruise ships, to more places, than any other company in history.

This growth wouldn’t have happened without the success story that is Carnival’s, MS Holiday.

The Holiday class ships’ launch was sparking a cruise boom, which saw Carnival Cruise Line become the “Most Popular Cruise Line in the World,” carrying more passengers than any other.

Although many great holidays were had onboard, MS Holiday famously was part of the relief efforts after Hurricane Katrina hit New Orleans and used as temporary housing for the victims of the storm. After 24-years of faithful service, mostly in the Caribbean, she was transferred to Ibero Cruises in 2009.

The vessel was renamed Grand Holiday and sailed for the now-defunct IberoCruceros. Iberocruceros was never a great success for Carnival Corporation, as it ceased operation in 2014, after only 11 years of service.

As IberoCruceros ceased operating, British cruise operator Cruise and Maritime Voyages stepped in to take over the vessel and renamed her MV Magellan. She sailed with CMV until the company also went into administration in the middle of last year.

Bought in an auction by Greek operator Seajets, she never made it far. The company opting to sell the vessel for scrap instead of letting her have one more go at being a cruise ship.

Today, January 30, 2021, her story of being one of the most influential cruise ships in the world came to a sad end on a beach in India. She joins many others that have also not survived the economic effects the pandemic is having on the cruise industry.

In the last few months, we have seen Carnival Imagination, Carnival Inspiration, and Carnival Fantasy scrapped in Turkey, while another Iconic Carnival Ship, the MS Tropicale was also scrapped in India.

Other former Cruise and Maritime Voyages ships have also been scrapped recently, the iconic MS Marco Polo was also beached at the ship-breaking facility in Alang, India alongside the MV Astor.

With many more ships already beached at shipbreakers around the world, and no end in sight for the pandemic, unfortunately, these ships will likely not be the last ones to be beached as scrap metal. 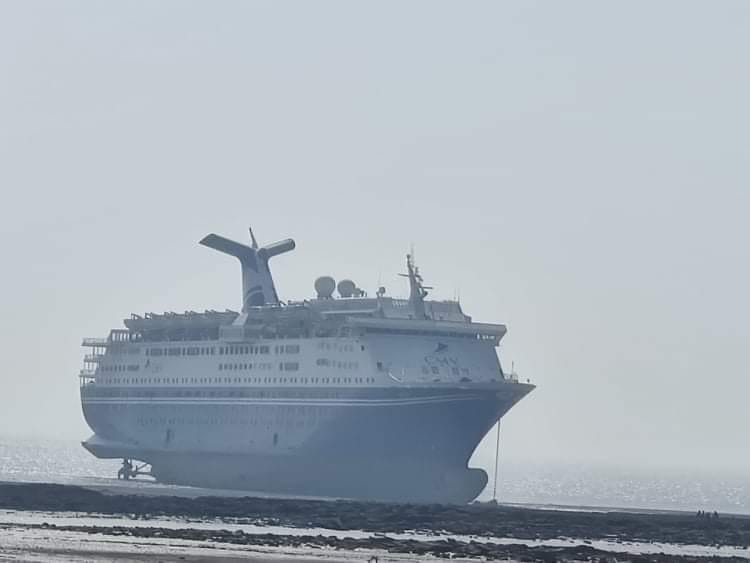 Oceania Cruises will open 127 new cruises for bookings next week after the cruise line ...
By resortaddiction
5 hours ago

Princess Cruises which is a major cruise line that operates in Alaska and out of ...
By resortaddiction
6 hours ago

Carnival Cruise Line has extended their pause in cruise operations and has now canceled all ...
By resortaddiction
8 hours ago

In the last 24 hours, Carnival Cruise Line had already removed all its May 2021 ...
By resortaddiction
9 hours ago

A Case Study of the Soviet-Afghanistan War

Pandemic epics or great escapes? What classic movies might tell us about post-Covid Hollywood | Film