Alaska has been heavily hit with the lack of cruise ship visits and now Alaska Gov. Mike Dunleavy said over the weekend that the state may consider suing the CDC if no dialogue comes.

This comes after the Florida Gov. announced that his state filed a lawsuit against the CDC to allow cruises immediately. Alaska and Florida are two important states for the local economy and the cruise industry. The CDC has so far remained firm on its Conditional Sailing Order that first introduced at the end of October 2020.

Alaska Could Be Next

Pressure continues to mount against the U.S. Centers for Disease Control & Prevention (CDC) on lifting its Conditional Sailing Order. Frustrations have only increased since the CDC released new outdated technical instructions on April 2, 2021.

Alaska could soon be joining Florida by filing a lawsuit to get the cruise industry moving again. Alaska Gov. Mike Dunleavy has made it clear that the state has been heavily impacted by the CDC order:

“If we don’t get a positive dialogue here this week, that’s a real possibility because again the decision will be crushing to Alaska.”

Gov. Dunleavy went on to say that the CDC should let the states work with the cruise ships, and that has already been proved successful with the fishing industry in Alaska during the pandemic.

No specific on filing any lawsuit has been released from the Governor, but this could soon be changed if the CDC does not offer any positive dialogue. The CDC has been mostly hushed about the whole cruise situation, so it remains to be seen if the agency will change its direction.

In fact, the governor sent a State of Alaska’s Impacts to Alaska from 2020/2021 Cruise Ship Season Cancellation report on April 8 to the White House along with a letter. This details the economic impact and attributes a $3 billion gross state product loss each year the cruise season does not occur.

Alaska Governor Dunleavy in a letter to Jeff Zients, counselor to the President:

“Alaskans who depend on the summer tourism season to make a living waited anxiously, with hopes, that the COVID-19 vaccines would allow the return to normal, and for cruise ships to enter our ports again. The CDC’s recent decision to extend the 2020 “conditional sail order” effectively eliminates any potential for a 2021 cruise ship sailing season, and places the future of thousands of Alaskan families’ businesses in peril.”

“The negative impact of this decision to our economy and people of Alaska, specifically Southeast Alaska, is staggering. It is estimated that the cancelled cruise ship season in 2020, in addition to the potential cancellation of the 2021 season, will result in a loss to the State of Alaska’s domestic product of over $3.3 billion.”

before the pandemic hit, The Cruise Lines International Association (CLIA) reported 40 cruise ships visited Alaska in 2019 carrying 1.36 million passengers on 577 voyages. Due to the CDC ruling, Alaska has had collectively 22,297 job losses compared to the previous year. That comes from cruise-related jobs including the ports.

“The severe economic losses that are impacting our port and cruise communities has a multiplier impact that trickles throughout our entire economy; resulting in lost revenues, taxes, jobs and small business closures.”

“The cruise industry is crucial to the state’s financial well-being.”

Will the CDC Listen?

Over the last few weeks, we’ve seen growing calls for the CDC to lift its Conditional Sailing order by July 2021. Many have said that the order is outdated and does not consider that the vaccine rollout has so far been a huge success.

The CDC has not yet provided any true dialogue with a timeframe on resuming cruises. All major cruise lines that operated from the U.S. have confirmed their frustrations that the cruise industry is the only industry forced to remain closed for more than a year.

One brief statement was released from a CDC spokesperson, but that just reiterated its current Conditional Sailing Order and the four-phased guidelines. The comment of cruises that could resume by mid-Summer is all based on the unclear guidelines.

For now, it’s unclear what will happen but with the calls to resume cruises reaching breaking point, surely something must change. 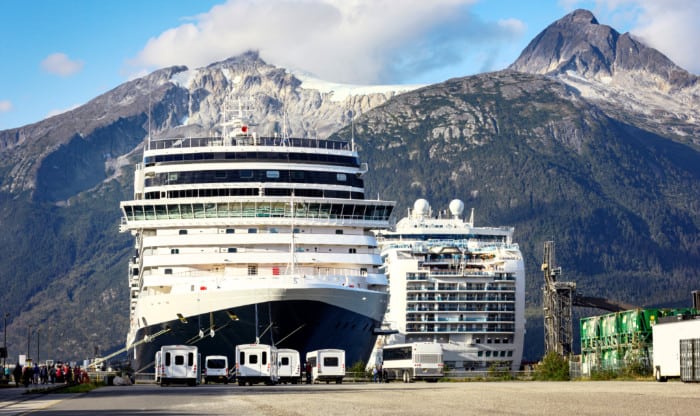 Greta Van Fleet on critics: ‘They’re pissed off that we’re doing something’ | Music

The US Centers for Disease Control and Prevention (CDC) downgrades its warning on cruise ship ...
By resortaddiction
7 hours ago

The ultra-luxury cruise line, Seabourn that is owned by Carnival, has provided an update on ...
By resortaddiction
19 hours ago

The first piece of steel was cut on a new Royal Caribbean cruise ship, Icon ...
By resortaddiction
22 hours ago

Cunard Line announces new international itineraries, which will follow the domestic sailings that will begin ...
By resortaddiction
1 day ago